The Republicans have launched an attack on our voting process in our state at the Unicameral.

Both measures had a public hearing Feb. 17 before the Government, Military and Veterans Affairs Committee.

You can see coverage of the Voter ID hearing here.

You can see coverage of the Electoral Vote hearing here.

Keep scrolling down to see what you still can do to help fight the measures. 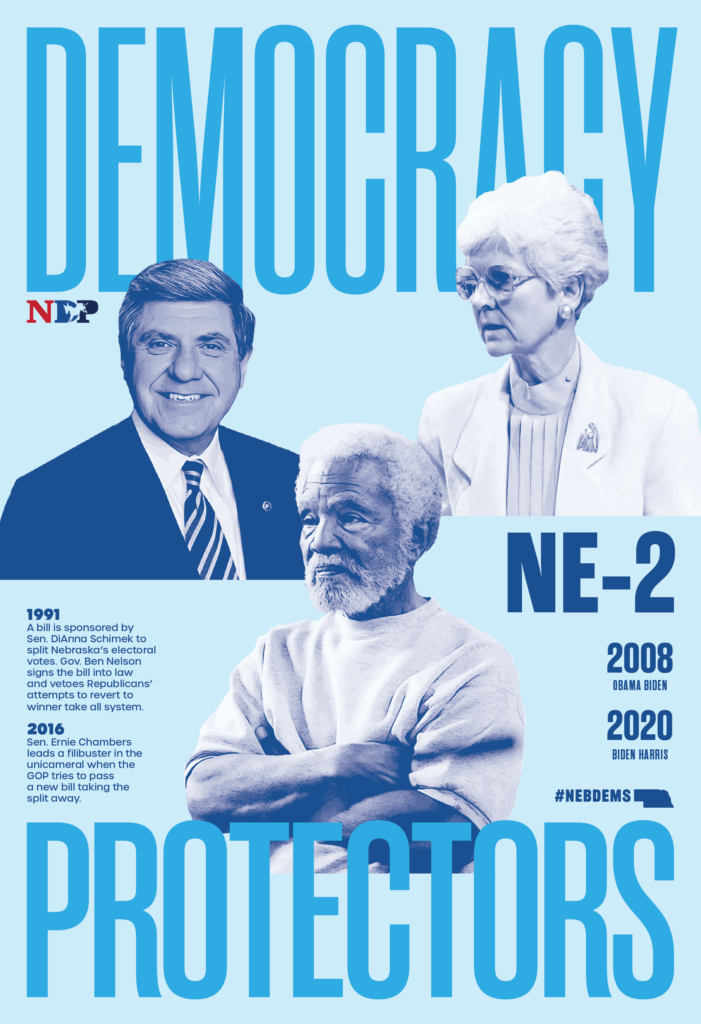 Nebraska’s allowing its Electoral Votes to be split among the winners of each congressional district in the presidential race is how we were able to deliver the Omaha area’s Blue Dot to send  Joe Biden and Kamala Harris to the White House.

Legislative Resolution 3CA is a constitutional amendment that, if passed by voters, would require photo identification for voting.

Groups, including the ACLU and Civic Nebraska, have helped defeat Voter ID measures eight years  in a row, yet the GOP continues to try to suppress people’s votes. We should be focused on expanding voter registration and Vote By Mail — those two programs increase voter turnout.

Look up and track bills in the Legislature

LTE tips and contacts for papers across the state

Tips and some sample emails to a State Senator

Both wrong-headed measures have been referred to the Legislature’s Government, Military and Veterans Affairs Committee, which will schedule public hearings on them.