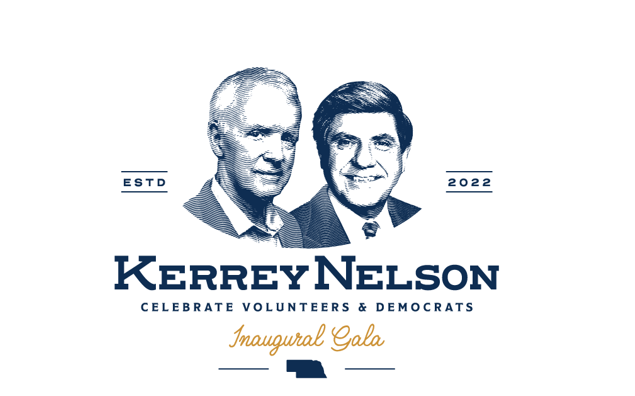 Each year the Nebraska Democratic Party celebrates elected officials, candidates, party leaders and grassroots volunteers that build our party. For about two decades, the annual event was called the Morrison Exon fundraiser in honor of Gov. Frank Morrison and  Sen. Jim Exon.

Additionally, we are renaming various awards after leaders who shaped our party. 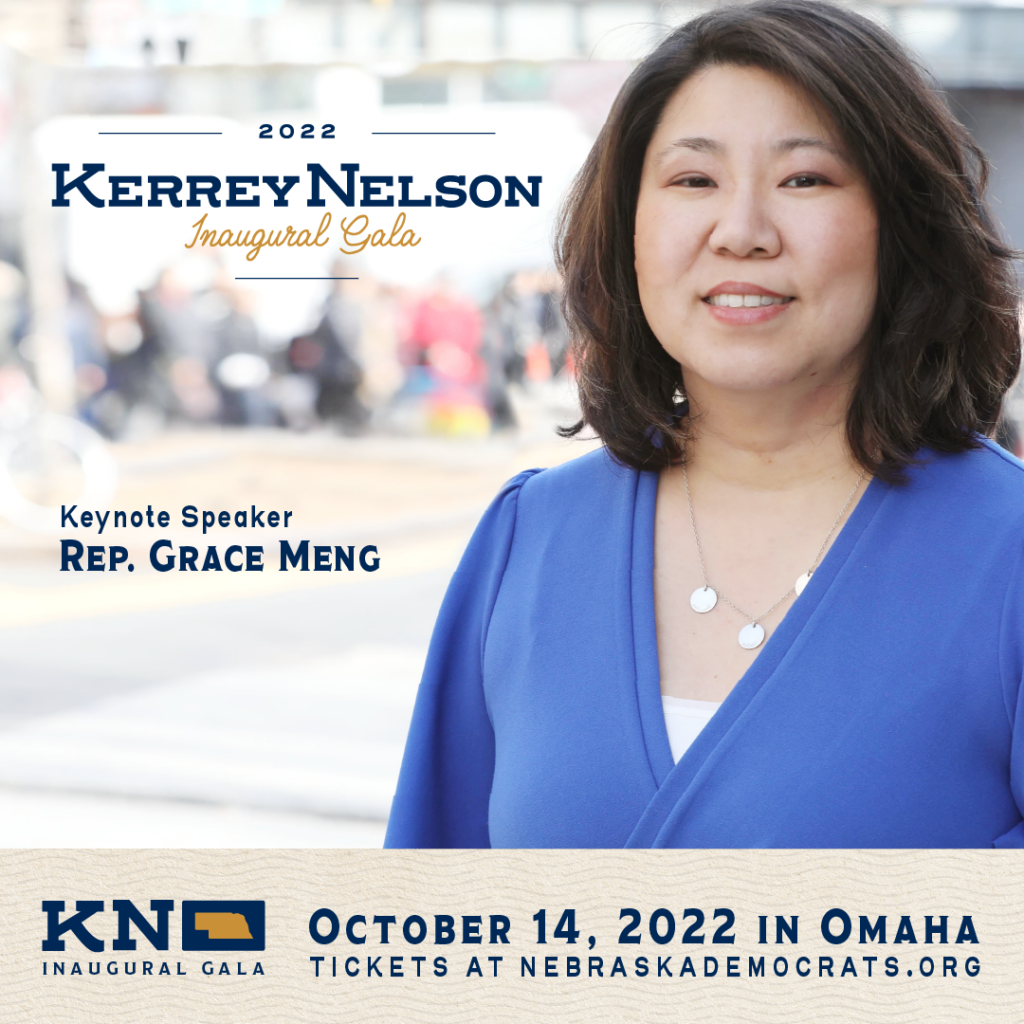 This year’s keynote speaker is Rep. Grace Meng, who is serving her fifth term in the United States House of Representatives. Grace represents the Sixth Congressional District of New York encompassing the New York City borough of Queens, including west, central and northeast Queens.

Grace is the first and only Asian American Member of Congress from New York State and the first female Congressmember from Queens since former Vice Presidential nominee Geraldine Ferraro.

About Bob Kerrey and Ben Nelson

Sen. Bob Kerrey served our state as governor from 1983 to 1987, as a U.S. Senator from 1989 to 2001 and was a candidate for the Democratic presidential nomination in 1992. Kerrey served our nation on the 9/11 Commission and was awarded the Medal of Honor for his service during Vietnam as a Navy SEAL.

Sen. Ben Nelson served our state as governor from 1991 to 1999  and as U.S. Senator from 2001 to 2013. Nelson founded the CHIP program ensuring kids in our state had access to health insurance. A champion for the environment and property rights, Nelson denied a nuclear waste dump from being built in Boyd County.

In both 2018 and in 2022, the NDP re-named awards to honor Democratic leaders. Chair Jane Kleeb and the leadership team believed it was critical we honor Nebraska leaders in naming our awards. Note that recipients of past awards are still listed below with the name of the award they received that year.

Preston Love Jr., the NDP’s Vice Chair, is a community advocate who served as Jesse Jackson’s campaign manager during the 1984 Democratic primaries. He is the first black person to receive the support of a major political party for U.S. Senate in Nebraska, as he was endorsed by the NDP’s for the 2020 senate election in Nebraska, challenging incumbent Sen. Ben Sasse. For years, he has taken hundreds of young people and adults on tours of civil rights landmarks in the south through his Black Votes Matter, Black History tours.

The Schimek Quirk Award is presented to a county party volunteer who works tirelessly to promote the activities and values of the Democratic Party in their county. The award winners demonstrate a dedication to service, integrity, the organizing of their county party infrastructure, and support for local Democratic candidates.

DiAnna Schimek, was chair of the NDP from 1980 to 1984. She, was elected in 1988 to represent the 27th Nebraska legislative district and re-elected in 1992, 1996, 2000 and 2004. She sat on the Business and Labor and Urban Affairs committees as well as the Committee on Committees and chaired the Government, Military and Veterans Affairs Committee. Schimek was largely responsible for the enactment of Nebraska’s method of apportioning electoral votes in presidential elections by congressional district. In 2011, Schimek was appointed to replace Jane Snyder, who resigned for health reasons, on the Lincoln City Council. She took her seat on October 10, 2011 to represent one of the at-large seats. She did not seek reelection in 2013.

Deb Quirk knew the importance of local campaigns and gained her first experience in a Hastings City Council race. She met her husband John when he was working on the Jimmy Carter presidential campaign. While the family business is the Quirk Cattle Company, politics is also family business. Deb and John were a force in the state Democratic Party as well as in Adams County and CD3. Deb was elected state party chair and served from 1995-1998. Even after serving as chair, Deb has remained active in both local and NDP party and candidate activities. Always with attention to detail and strategic planning, making sure resolutions and motions were in proper form, Deb has always been a champion for rural Nebraska and assured rural counties and rural voters matter within the party structure.

The Sunshine Award is presented to individuals who are dedicated to improving both the Nebraska Democratic Party and their community as an ally to our Democratic values. The award is open to any ally working or volunteering in the community and does not have to be serving in a Democratic party role.

This award is given in honor of Carrie Howard, sister of Sen. Sara Howard and daughter of Sen. Gwen Howard.

The Anne Boyle Award is presented to a young person under 35 (using the age criteria of the Young Democrats) for their exceptional volunteer activities and participation within the Nebraska Young Democrats organization and the state party.

Commissioner Anne Boyle was the first woman to serve on the Public Service Commission and served three, six-year terms beginning in 1996. Boyle was our state party chair from 1998 to 2001. Boyle was committed to lifting young people up and mentoring fellow Democrats.

The Mike Fahey award is presented to a Block Captain who goes above and beyond in their canvassing efforts and talking to their neighbors.

Mike Fahey took office as mayor of Omaha in 2001 and was re-elected in 2005. He was a member of the Mayors Against Illegal Guns Coalition, an effort to push for gun reform at the local level. He was responsible for changing the landscape of the city with new development and a revitalized commitment to neighborhoods. At the end of Fahey’s term in 2009, the city of Omaha named a section of Webster Street downtown, between 10th and 17th streets, in his honor.

The Brad Ashford Award is presented to a current State Senator who shows conviction, support for our party’s platform and leadership in the Unicameral.

The State Party Chair Award is presented to a person or group chosen by the NDP Chair.

Frank LaMere was the first Native American to serve as a Democratic National Committee member and he founded both the state and national Native American caucuses. LaMere was the longest-serving Native American on the DNC. He was a delegate to the Democratic National Convention seven consecutive times from 1988 to 2012. LaMere also served as the NDP’s first associate chair. LaMere dedicated his life to social justice and helped close down illegal beer sales at Whiteclay, NE, just across the border from the Pine Ridge Indian Reservation.