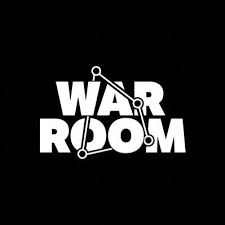 Despite over a million Americans confirmed infected, more than 60,000 dead, and more than 30 million who have had to file for unemployment, Trump is acting like we have already beaten coronavirus and Jared Kushner is declaring mission accomplished.

The death toll surpassed 60,000, which Trump said would be where we end up at the end of the entire pandemic.

Trump and Kushner claimed that we’re past the worst of the crisis and Kushner called Trump’s response “a great success story.”

KUSHNER: “We’re on the other side of the medical aspect of this, and I think that we’ve achieved all the different milestones that are needed. The federal government rose to the challenge, and this is a great success story.”

TRUMP: “We’re heartened that the worst of the pain and suffering is going to be behind us.”

TRUMP: “I think we did a spectacular job.”

April 28 — TRUMP: “It will increase it and it’ll increase it by much more than that [5 million tests a day] in the very near future. We’re way ahead of everyone on testing. … Well, we’re going to be there very soon.”

April 29 — TRUMP: “Everyone kept saying you said there would be 5… I never said it.”

Trump downplayed the need for more testing, which experts say will be necessary to safely reopen the economy.

TRUMP: “I don’t know that all of that [ramping up of testing] is even necessary.”

Dr. Fauci made it clear how wrong Trump was when he declared nearly two months ago that anyone who wants a test can get one. We still aren’t close.

FAUCI: “Hopefully, we should see that as we get towards the end of May, the beginning of June. That’s what I’m being told by the people who are responsible for the testing. I take them for their word.”