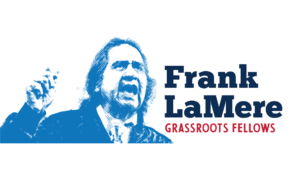 Frank LaMere, a member of the Winnebago Nation of Nebraska and first associate chair of the Nebraska Democratic Party, left this earth, June 16, 2019 after a brief fight with cancer, leaving a legacy of leadership on myriad social justice issues.

Frank would always remind us “there is work to be done” and would judge leaders not on their title but on the amount of “road dust collected.”

The Nebraska Democratic Party and the DNC’s Native Caucus are establishing the Frank LaMere Grassroots Fellows Program to carry Frank’s legacy forward.
You can donate to the fellowship fund here.
All funds raised will go towards training and hiring grassroots fellows to organize in rural communities with a focus on communities of color. Frank was a bridge builder. He was a proud partisan.
The Frank LaMere Grassroots Fellows will start to change the political landscape in rural communities by electing more Democrats who represent his values of hope, hard work, believing in the underdog and always giving voice to those who may not have one loud enough for the decision makers to hear.
National and state leaders reflected on Frank’s legacy of service, you can read those words on our blog.
Watch the Frank LaMere tribute video shown at the DNC Summer Meeting.
Read the resolution honoring Frank at the DNC’s 2020 Summer Meeting.
See or print the Frank LaMere Grassroots Fellows Program flier. 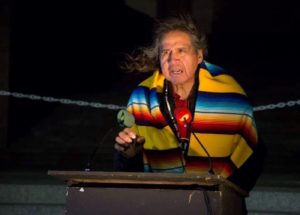