Dressing Down and more — #NebDems News

Gov. Pete Ricketts got a deserved dressing down this week for his recent comments objecting to the playing of “Lift Every Voice and Sing” before University of Nebraska basketball games.

As addressed in the space last week, the playing of the song, often referred to as the Black national anthem, began last season when the National Association of Basketball Coaches encouraged schools to play it, along with “The Star-Spangled Banner” before games “as a show of unity and education.”

Ol’ Pete saw it as a chance to score political points with his Trumpian base by calling the song divisive: “If athletic programs are going to play other ‘anthems’ before games, what has historically been a moment of patriotic pride will become nothing more than a series of political gestures that will divide Nebraskans based on their identity rather than bringing us together.”

Cue the Omaha World-Herald editorial board:

We disagree and, while we understand his political motive all too well, are saddened that the governor has taken to weighing in on every single cultural issue.

Ricketts’ comments were as divisive as they were needless. Were he seeking a solution, rather than scoring cheap political points, he could have reached out to the athletic department behind the scenes. But solution and sensitivity clearly were not his goals.

Ricketts’ regrettable choice to put politics before equality and inclusion deepens the division that is tearing at our national fabric. We would be better served if our leaders instead chose to promote healing. Pansing Brooks will complete her term-limited eight years as a member of the nonpartisan Legislature at the end of next year.

Read more about her campaign. 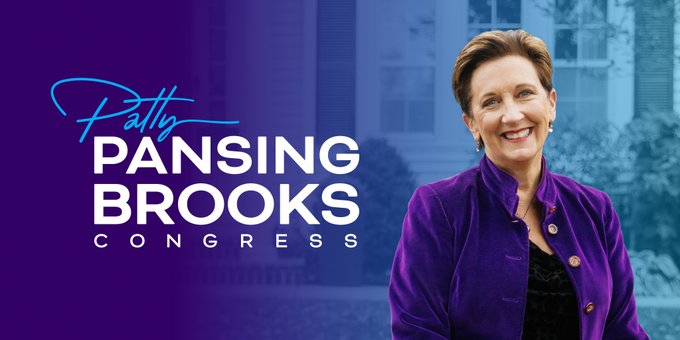 The Morrison-Exon event, our annual fundraiser where we celebrate the volunteers and party leaders who build and grow the Nebraska Democratic Party, was a huge success last Saturday. President Biden on Monday signed into law a sweeping $1.2 trillion infrastructure measure, notching an achievement that had long eluded his predecessor in the White House, Donald Trump. The legislation, which will bring $3 billion to Nebraska, is aimed at improving the country’s roads, bridges, pipes, ports and Internet connections. Trump had repeatedly tried and failed to secure a bipartisan infrastructure deal.

In addition, the House on Friday passed his Build Back Better plan, which now goes to the Senate. Union workers at the Kellogg’s plant in Omaha and across the country remain on strike against cuts to benefits earned by hard work and years of service to the company, threats to move jobs to Mexico, and treatment of new hires.

– The National Farmers Union continues its campaign to fight corporate consolidation that has forced small ranchers to sell cattle at a loss, while the four major meatpacking corporations hike up prices at the grocery store.

From the Nebraska AFL-CIO: Please consider helping out our BCTGM Local 50G brothers and sisters on strike at Kellogg’s. The strike is almost at 50 days. As you know, groceries are one of the first areas that people cut back on when income is tight. Please consider helping supply the strikers in need with the items listed on the attached Food Drive flyer. There are two drop points: The next session is Nov. 28: Participatory Democracy in Campaigns. #NebDems News will not be published next week because of the holiday. Enjoy your Thanksgiving!