As two henchmen working for Trump lawyer Rudy Giuliani were taken into custody late Wednesday by the feds (as they tried to leave the country with one-way airline tickets) and charged with crimes for funneling money to the president’s political allies, the POTUS came even more unhinged — as if that were possible.

The insanity was duly noted by Esquire’s Charles Pierce, who opined on Trump’s Thursday night rally in Minneapolis, where the president threw buckets of chum to his rabid base:

“And what of the president*? Well, he jetted off to Minneapolis to hold another one of his noisy wankfests in which he a) mocked Hunter Biden for doing about one-tenth of what his useless spalpeens do before breakfast every morning; b) did a truly terrible imitation of Peter Strzok and Lisa Page achieving orgasm, and I can’t tell you how little I wanted to type that; Serge Gainsbourg, the president* ain’t, and c) remarked that Joe Biden was only vice president because he knew how to “kiss Barack Obama’s ass.” The president* of the United States said that.”

Yes, yes he did. And this horror flick is getting worse by the day. GREAT NEWS! Speaker Nancy Pelosi will address a second room of supporters at the Morrison Exon Fundraiser on Oct. 26. As you know, the event was sold out but we are now offering an additional level of tickets at $75.

The holders of the $75 tickets will get to enjoy the full program and supper in an another room into which the event will be professionally streamed. You also get to participate in the general reception with two photo walls where you can get your picture taken with friends.

At the end of the program, Speaker Pelosi will come into the second room to greet supporters. It was announced this week that Stacey Abrams will headline a fundraiser Dec. 16 in Omaha for Girls Inc., an organization dedicated to educational, cultural and recreational opportunities for girls in the Omaha area. Abrams is a former tax lawyer who served in the Georgia House from 2011 to 2017, and the Democrat is the former Georgia House minority leader. NDP Chair Jane Kleeb will be honored Oct. 25 by independentvoting.org with an Anti-Corruption Award for a body of political activism, including her work on behalf of Independent voters.

“Under Jane’s leadership, the Nebraska Democratic Party has been a democracy leader, ending their presidential caucus system and allowing independents to cast ballots in the 2020 presidential primaries, where their votes will help determine the nominee,” the group wrote. 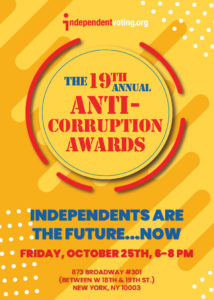 The NDP and Greater Omaha Democrats will host a Watch Party for the Democratic Presidential Debate on Oct. 15 at the The B. Bar, 4330 Leavenworth Street, Omaha.

Get details about this and other watch parties here. 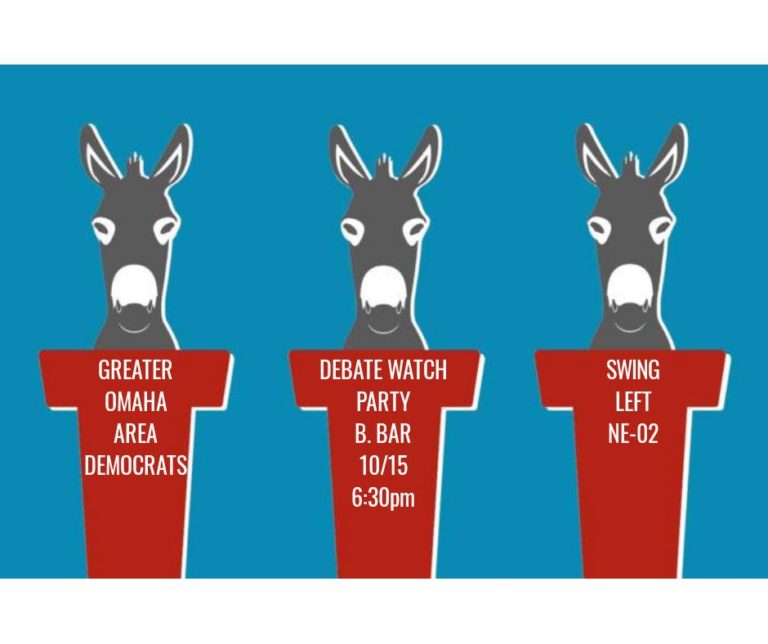 We leave you this week with a rendering from Michael de Adder on Trump’s decision to abruptly withdraw U.S. troops from Syria — opening up our longtime Kurdish allies to slaughter by the Turks.