We figured Melody Ell would have a few words for Sens. Ben Sasse and Deb Fischer after last weekend. So we asked her.

Ell is a paralegal in Lincoln. Her son, Nathan, has had Type 1 diabetes since he was three and is insulin dependent. And she watched in horror as Senate Republicans on Sunday did Big Pharma’s bidding and successfully stripped a $35 monthly price cap on the cost of insulin for many patients from the sweeping Inflation Reduction Act that was passed.

The insulin cap is a long-running ambition of Democrats, who want it to apply to patients on Medicare and private insurance. Republicans left the portion that applies to Medicare patients untouched but stripped the insulin cap for other patients.

Ell noted that Eli Lilly, Novo Nordisk and Sanofi produce 96% of the world’s insulin for human use. Their specific insulin brands have risen in price exorbitantly. Eli Lilly’s Humalog, for example, has increased 1,219 percent since it was launched in 1996.

“I was hopeful when the $35 copay cap was introduced recently for the privately insured. However, Senators Deb Fischer and Ben Sasse don’t care about my son’s life-threatening situation. I’d like them to think about this scenario:

A single mother is trying to help her son complete his high school and college career, all while trying to pay the high-cost premium for his health insurance. Her son will suffer a painful death beginning within 12 hours without insulin. Insulin is as crucial as air. Before that insulin is covered by insurance, a deductible of several thousand dollars needs to be met. The insulin is a minimum of $1,500.00 monthly. That is on top of the method to get the insulin into his body, and thousands of dollars for an insulin pump and supplies. All of this is to simply try to stay alive. Can you imagine how helpful it would be to this mother and son if a copay cap on insulin was $35? It would actually be life changing and, more importantly, life saving.”

Forty-three Republicans, including Deb Fischer and Ben Sasse, did not care about this scenario. They voted to keep insulin at $1,500/month instead of $35. Today, every Republican is asking you to be outraged that gas was $5 instead of $3. In the GOP world, $1,500 for lifesaving insulin is fair play, but $5 for gas is an outrage.

I have been fighting for my son who, through no fault of his own, has this life threatening condition. I’ll never give up. Vote them all out.” The Legislature won’t reconvene for a special session this year to consider further restrictions on abortion, Gov. Pete Ricketts said Monday, keeping Nebraska’s current 20-week ban in place. In a statement, Ricketts said Speaker Mike Hilgers informed him 30 state senators agreed to return to the Capitol for a special session — well short of the 33 needed to break a filibuster on any abortion-related legislation.

Lawmakers were expected to call a special session after the U.S. Supreme Court reversed the Roe v. Wade decision in June, paving the way for state legislatures to ban abortions.

“The majority of Nebraskans support keeping access to abortion legal. Governor Ricketts and his radical Republicans do not have the votes to further infringe on our privacy and rights to make our own health decisions. Voters have an opportunity to defend legal access to abortion at the polls this November by electing more Democrats to the Legislature, Congress and the governor’s office.” And she called out Reps. Don Bacon, Mike Flood and Adrian Smith for not supporting the bill.

“Bacon, Flood and Smith should be ashamed for not supporting this legislation, which is now the law of the land,” said McKesson, who was at the White House for the signing ceremony. “They voted to hold American jobs hostage in favor of China.” 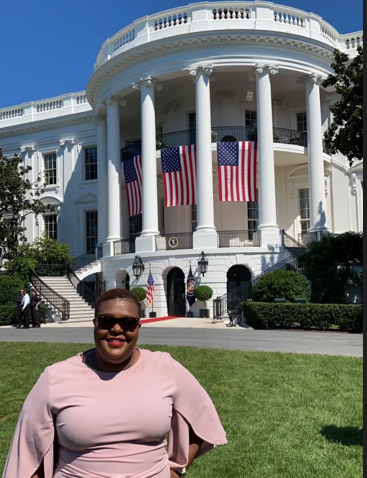 Sign up to serve as a Block Captain–you get assigned 50 voters in your neighborhood. We provide the training and materials. You provide about 2 hours in September and 2 hours in October to help elect Dems!