No confidence at all and other jaw-droppers – #NebDems News

Scientific polls are expensive. So it’s baffling that ABC News and the Washington Post blew a considerable pile of cash this week on a poll that found, ahem, that nearly half of all Americans have no confidence “at all” in our clueless leader, president* Trump.

No confidence “AT ALL.” None. Zilch. Nada.

This was hardly jaw-dropping news, since Trump continues to set new standards for gaffes and general idiocy.

Most thinking people — and even non-thinking people — agree by now that Trump knows very little about pretty much everything. This includes Climate Change, a topic he tried to get snarky about this week in a Tweet as much of the nation struggled with record low temperatures.

And he got schooled for it. 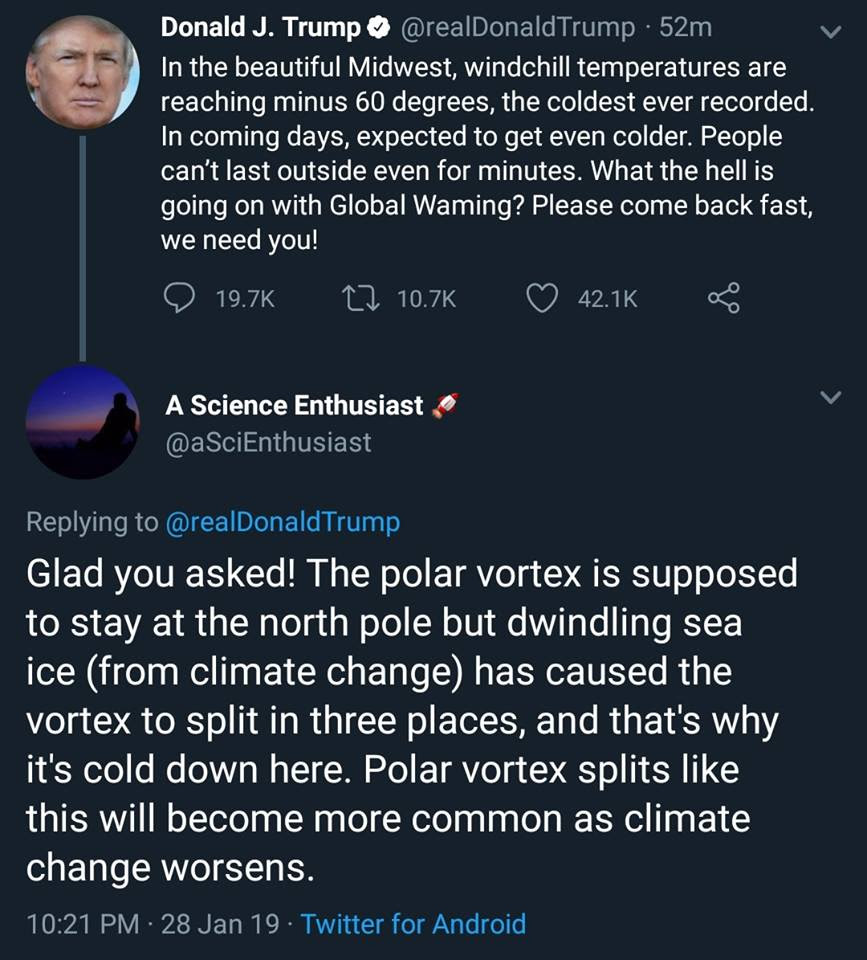 The folks over at CNN were a bit more blunt, with a story headlined: “Debunking the utter idiocy of Donald Trump’s global warming tweet.”

Politics can be so cold.

Meanwhile, Trump vilified his intel chiefs, calling them  “passive and naive” after they contradicted him on Iran, national security and his broad claims of foreign policy success.

Trump added that he has stopped receiving intelligence briefings at the White House, arguing, “I can do my job without any intelligence whatsoever.”

He said that he has chosen, instead, to seek advice from his son-in-law, Jared Kushner, and from his elder children, Ivanka, Eric, and Donald Jr. “You won’t find a trace of intelligence in anything they say,” he boasted.

For the record, despite Trump’s proclamations:

–North Korea is not moving toward complete denuclearization.

–Iran is not in violation of the Iran deal.

–Russia interfered in our election.

–ISIS is not defeated.

–Climate change is real and a national security threat.

–The border wall is not a national security necessity.

Back in Nebraska — check that — back in California, the Washington Post’s James Hohmann noted that Nebraska’s own Ben Sasse spent the weekend getting his marching orders from the Koch Brothers at one of their retreats on the West Coast.

We’re assuming he was also there for his annual performance review. 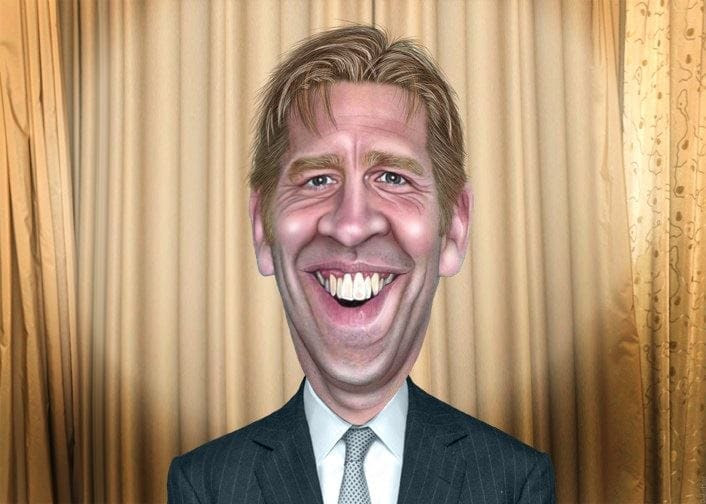 Don’t forget to play NDP Trump Bingo during Tuesday’s State of the Union Address. You can download and print your bingo cards here.

We’re excited that Former Georgia gubernatorial candidate Stacey Abrams will give the Democratic response to the State of the Union Address.

Abrams could dispense with things in just three words:

“I think God calls all of us to fill different roles at different times, and I think that he wanted Donald Trump to become president,” Sanders said during an interview with Christian Broadcast Network News. “And that’s why he’s there, and I think he has done a tremendous job in supporting a lot of the things that people of faith really care about.”

Not even an atheist could believe that.