Former President Donald Trump is preparing to inflict himself on the good people of Nebraska at one of his ridiculously ridiculous rallies.

Yes, folks, Trump is holding a “Save America Rally” — ordinally scheduled for Friday but moved to Sunday because of severe weather warnings — at the I-80 Speedway near Greenwood, touting Republican gubernatorial candidate Charles Herbster, who Trump has endorsed.

The rally was scheduled after eight women told the Nebraska Examiner that Herbster touched them inappropriately while hugging them during public appearances.

Of course Trump has been repeatedly accused of sexual misconduct over the course of his business and political careers, and denied the allegations as politically motivated, which is exactly what Herbster is doing.

Herbster took a page from Trump’s playbook and filed a defamation lawsuit against Republican Sen. Julie Slama, who initially was the only woman to go on the record with her allegations that Herbster groped her.

He also released a video message accusing political opponents of fomenting false claims against him, and he invoked Trump. “Just like the establishment attacked President Trump,” he said, “now they’re lying about me.” 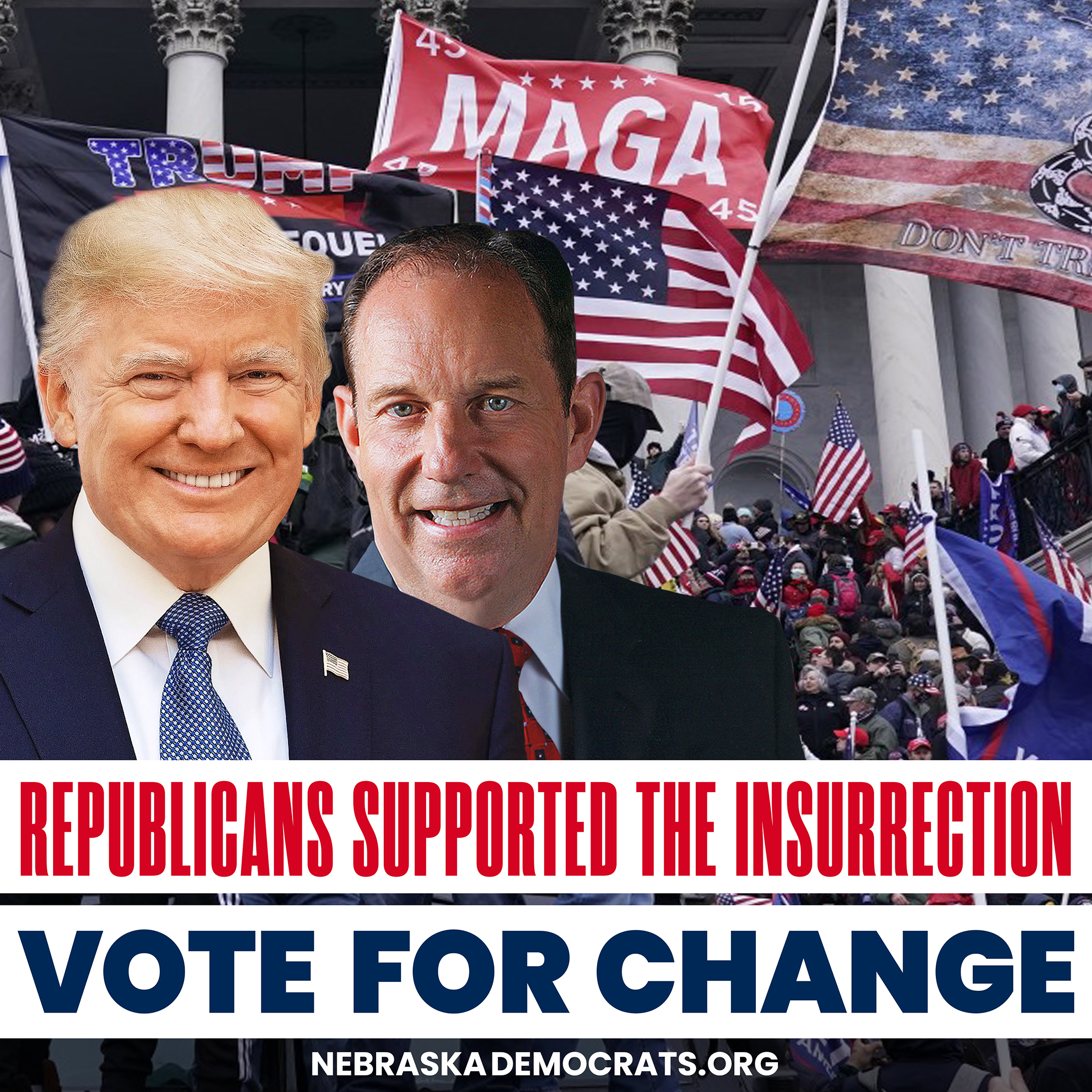 Nebraska’s county election commissioners are mailing out Vote-by-Mail ballots for the May 10 primary!

Make sure you fill yours out and mail it in. Learn all about the May 10 primary election and more at the NDP at the NDP Voting Center. May 2: Last day to request a Vote-by-Mail ballot for the May 10 primary and for in-person voter registration

May 3: Weekly Tuesday Phone Bank to register voters in CD2

May 5: Weekly Thursday Phone Bank to register voters in CD2