The stunningly stupefying facts being revealed by the U.S. House committee investigating the Jan. 6 riot at the U.S. Capitol make it even more stunningly stupefying that Nebraska’s GOP congressional contingent — Reps. Don Bacon, Jeff Fortenberry and Adrian Smith as well as Sens. Ben Sasse and Deb Fischer — continue to turn a blind eye to former President Trump’s attempt to overturn the 2020 election.

It shows, as our old friend Charles Pierce of Esquire penned this week, “how thoroughly infected American conservatism has become with the prion disease that it willingly acquired when Ronald Reagan first fed it the monkey brains in the late 1970s.

“I continue to be surprised and delighted by the stagecraft employed by the special committee of the House of Representatives investigating the attempted coup d’etat that took place on January 6. For one thing, holding important votes at night gives the proceedings a certain portentous gravitas. On Monday night, when the committee voted to hold former White House chief of staff Mark Meadows in criminal contempt, the deep shadows in the committee room made every voice of every member of the committee sound like a gong ringing in the night.

“… There has never been a clearer demonstration that American conservatism is a rotting whale carcass on the beach than the evidence presented on Monday night. From its media operation to the staggering passel of vandals and idiots it keeps electing, the stench of decomposition is beginning to thicken into a visible cloud that’s obscuring the operations of the government and infecting democracy with the reek of death. There are solutions to this. Some of them admittedly work better than others.” Bolz represented the 29th District in the Legislature from 2013 to 2021. She was the 2020 Democratic candidate for Nebraska’s First Congressional District seat.

Said NDP Chair Jane Kleeb: “Kate Bolz will travel the state making sure rural communities are listened to and have the resources to solve problems at the local level. President Biden appointed a leader, partner and ally of rural communities and the Democratic Party is looking forward to having Kate Bolz in this critical role.” 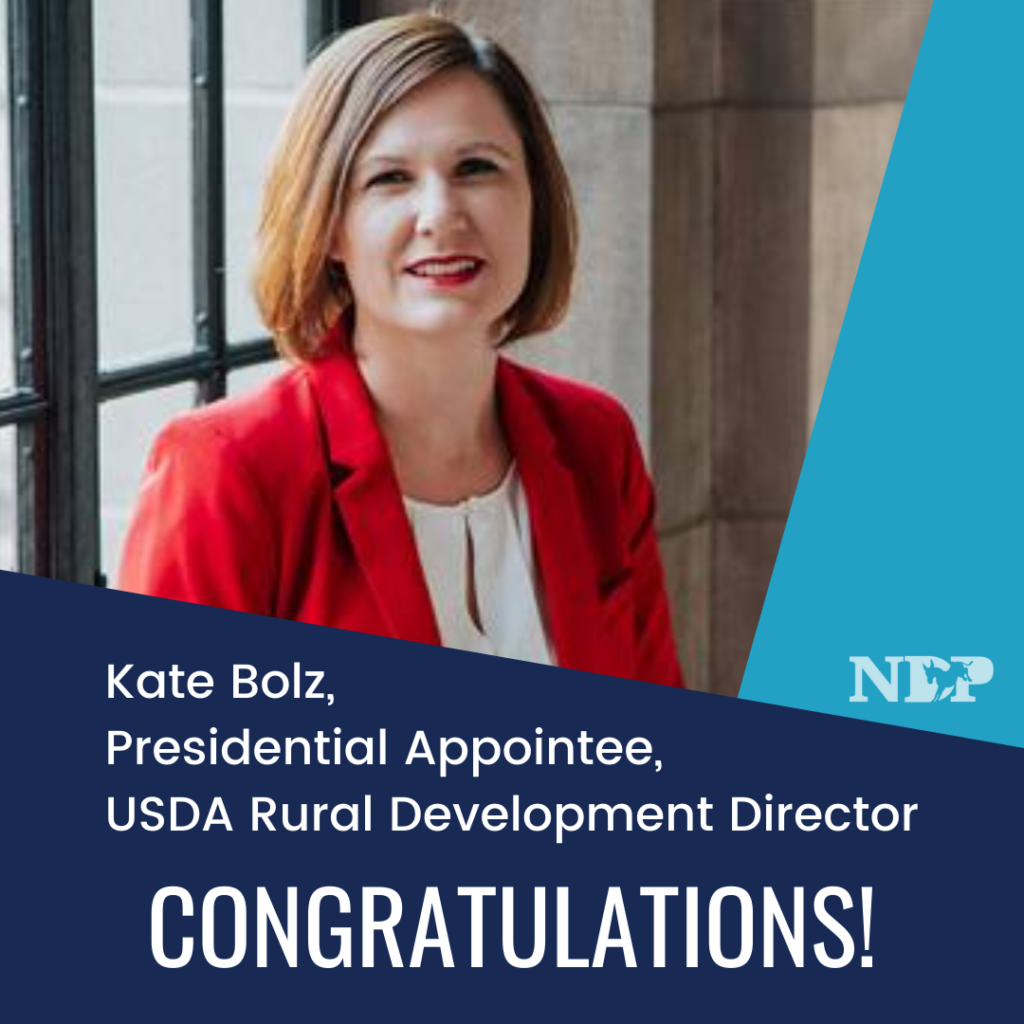 ICYMI, Rolling Stone recently published a piece on the plight of the striking Kellogg’s workers in Omaha and other locations: Cereal Killers: How 80-Hour Weeks and a Caste System Pushed Kellogg’s Workers to Strike

“The worst is when you work a 7-to-7 and they tell you to come back at 3 a.m. on a short turnaround,” says Omaha BCTGM president Daniel Osborn, a mechanic at the plant. “You work 20, 30 days in a row and you don’t know where work and your life ends and begins.”

Union members are scheduled to vote on a five-year labor contract Sunday. The votes will be counted Tuesday. If the contract is ratified, union employees would return to work Dec. 27

President Biden on Nov. 15 signed into law a sweeping $1.2 trillion infrastructure measure, notching an achievement that had long eluded his predecessor in the White House, Donald Trump. The legislation, which will bring $3 billion to Nebraska, is aimed at improving the country’s roads, bridges, pipes, ports and Internet connections. Trump had repeatedly tried and failed to secure a bipartisan infrastructure deal. Biden is also fighting for his Build Back Better plan! There is still time to fill out our 2021 Voter Survey! Help build the NDP and become a Monthly Donor! You can help us help Dems win! The next session is Dec. 29: NDP Candidate Training – Questions From Our Candidates NOTE: This is the last edition of #NebDems News for 2021. If you’d like to receive #NebDems News via email, just let us know by sending a note to: info@nebraskademocrats.org

Jan. 10: First day to accept early voting requests for the May primary