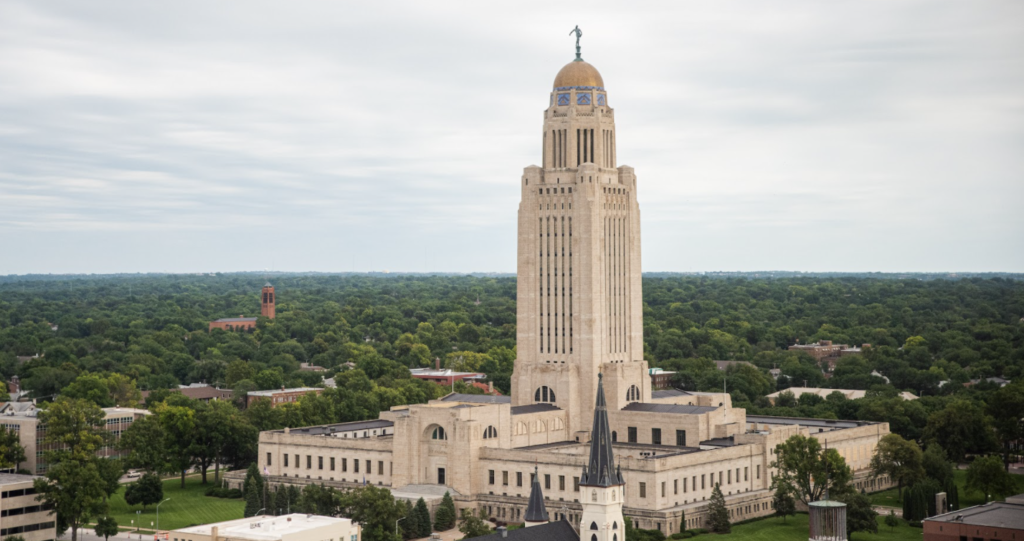 See all the proposed congressional and legislative maps here.

-Note on the maps: The Legislature’s map page links to all proposals entered into the record, so it can be confusion which map is the current one on the table. View the Congressional map that passed first round of voting on 9/24.

When the legislative workday was over Friday, senators had given first-round approval to all of their remaining redistricting bills, including the premier legislative and congressional redistricting proposals, according to the Lincoln Journal Star.

The Republicans finally heard us on the maps that Douglas County needs to remain whole.

Now they have a new scheme to get rid of the “JoMaha Blue Dot” — add in Saunders County and cut up Sarpy county in a way to accommodate only one person — Rep. Don Bacon.

The GOP “Slice of Bacon” map was created ONLY to accommodate ONE person’s plan to build a house. This is a partisan map meant to rewrite the direction of CD2.

Now maps are being carved up to keep Bacon in CD2 — the worst outcome of a complicated process. A competitive district in our state is being gerrymandered for one elected official.

Redistricting happens every 10 years after the census and is meant to even out the populations of Nebraska’s three congressional districts, 49 legislative districts, six Supreme Court districts, eight University of Nebraska Board of Regents districts, State Board of Education districts and five Public Service Commission districts.

Tips for writing your letter and preparing your testimony:

Use our tool to submit a letter.

If you only have time to write one sentence to your State Senator, we suggest something like this, “I support Sen. Wayne’s maps—his maps are fair and bring everyone to the table. Sen. Linehan’s maps seem to be a power grab cutting counties and neighborhoods up.”

In your letter, talk about YOUR community. Your voice is most powerful in the area where you live.

Make sure your letter includes which set of maps you prefer—the Democratic Party is supporting Sen. Wayne’s maps. The other set of maps supported by the Republicans are from Sen. Linehan and cut Douglas County in half among many other power grab moves.

You do not have to be a data expert to submit a letter, your experiences with elections is what your Senator needs to hear.

View the proposed maps—remember we support the Wayne maps.

Counties should be kept whole as much as possible when drawing fair maps, especially in rural areas.

Neighborhoods should never be split—this causes confusion for voters.

Groups of counties that make up a legislative district should have similar interests.

Communities of color should not be diluted nor should they be packed into concentrated legislative districts.

Congressional districts should keep urban and suburban areas together, while keeping rural areas in rural districts. For more points about preserving the Blue Dot,

Redistricting Committee Members:
The process in Nebraska names 5 Republicans and 4 Democratic members of the state legislature to develop maps that are then debated, amended and voted on by the full legislature.

You can email the Committee Members ([email protected]) your comments as well as email your own state senator (find a list of senators here):

The Redistricting Committee held three public hearings, as required, in CD1, CD2 and CD3 on Sept, 14-16.

If you could not attend a hearing, you should submit a comment to the Redistricting Committee members (just use [email protected] to email all of them at once) and use our tool to submit a letter to your state senator.

Sept. 14-16 –- Public Hearings to get feedback on the proposed maps

We do not have a set end date for the special session, but most expect it will be mid-October.

Download a flyer from the NDP with talking points, sample testimony and links to help you prepare your public hearing testimony or to help you with your email that you can submit to your state senator and the Redistricting Committee members.

Download a flyer about the 2nd Congressional District from NDRC’s All on the Line. Great info!

Watch the NDP and NDRC training on redistricting with Sen. Blood and Chair Kleeb. 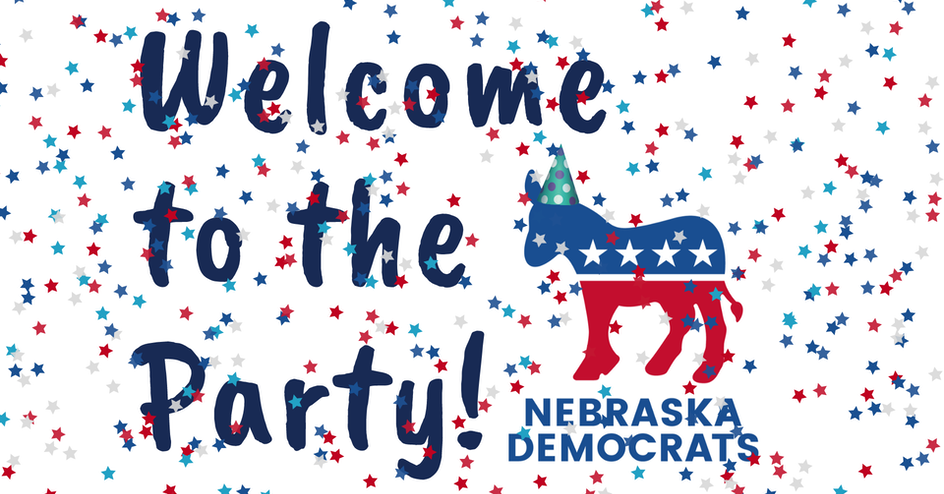 Follow developments on the Nebraska Legislative study group Facebook page. Also watch the video of their Sept. 1 Facebook  discussion on redistricting in Nebraska. Panelists included Senators Blood, McCollister and Wayne as well as Sam Petto with the ACLU and Rachel Gibson with League of Women Voters of Nebraska. 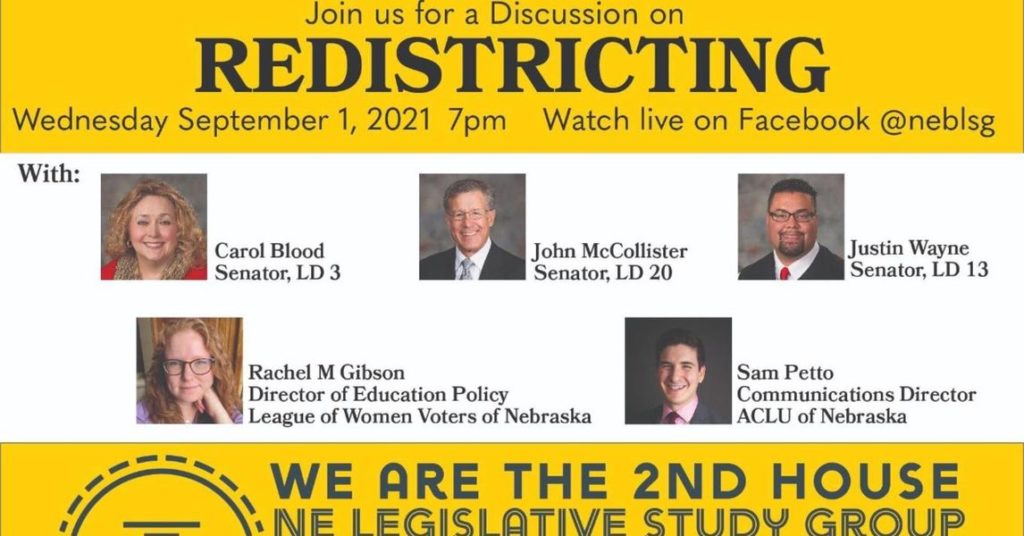 The League of Women Voters of Lincoln-Lancaster County held a redistricting training with State Senators Briese and Lathrop. The LWV is a great resource for information.

Watch the Nebraska League of Women Voters video on the basics of redistricting. 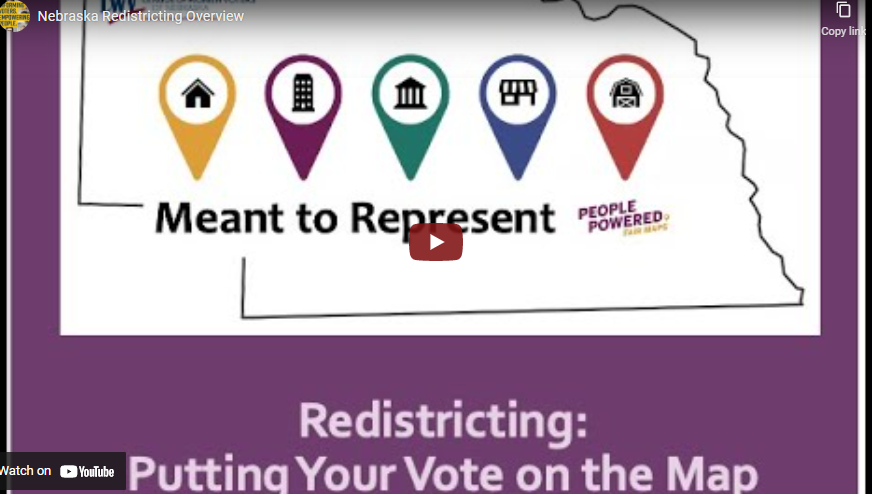 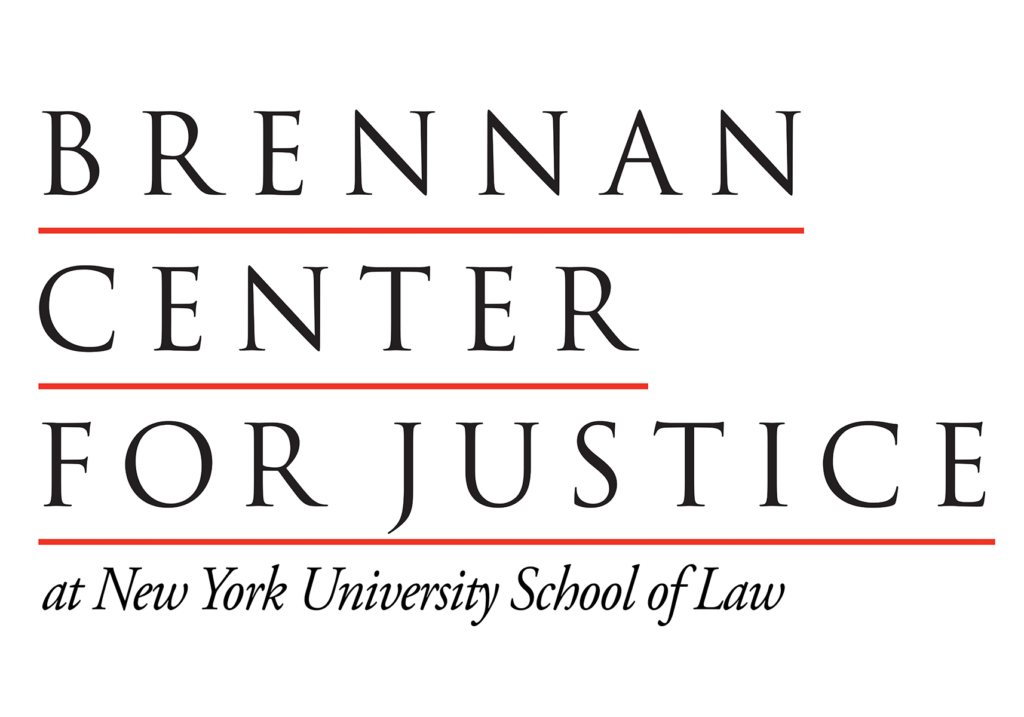