Alas, only six of 50 GOP senators voted to proceed with the trial — including Nebraska’s Ben Sasse. It would require at least 17 GOP senators to convict Trump.

The group of six did not include Sen. Deb “Yes, Mr. President” Fischer, who dutifully did her GOP duty and stood mute through Trump’s term as he committed a string of atrocities and gaffes.

So how compelling was the evidence?

As the Washington Post opined after previously unseen video of the riot was shown by prosecutors:

All that backstory aside, here’s the simple story the video told:

Ya think Fischer was moved? Rub a lamp and make a wish.

Share or save and repost tag the hard-working Nebraska Democrat of your choice! We’re #SpeadingTheLove to fellow Democrats this Valentine’s Day, so don’t wait and tag your mayor, senator, council-person, or local party chair! 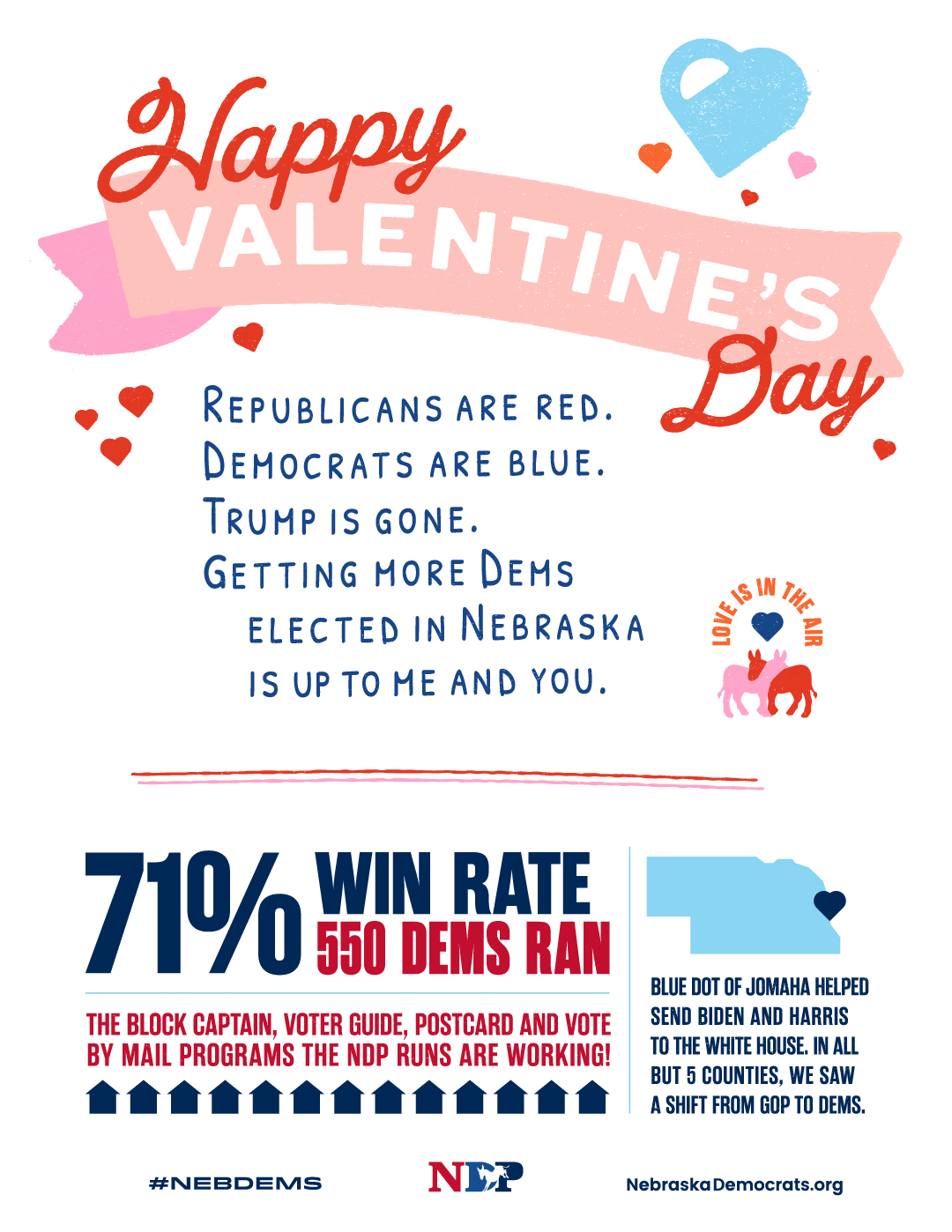 You can also view them all together here. 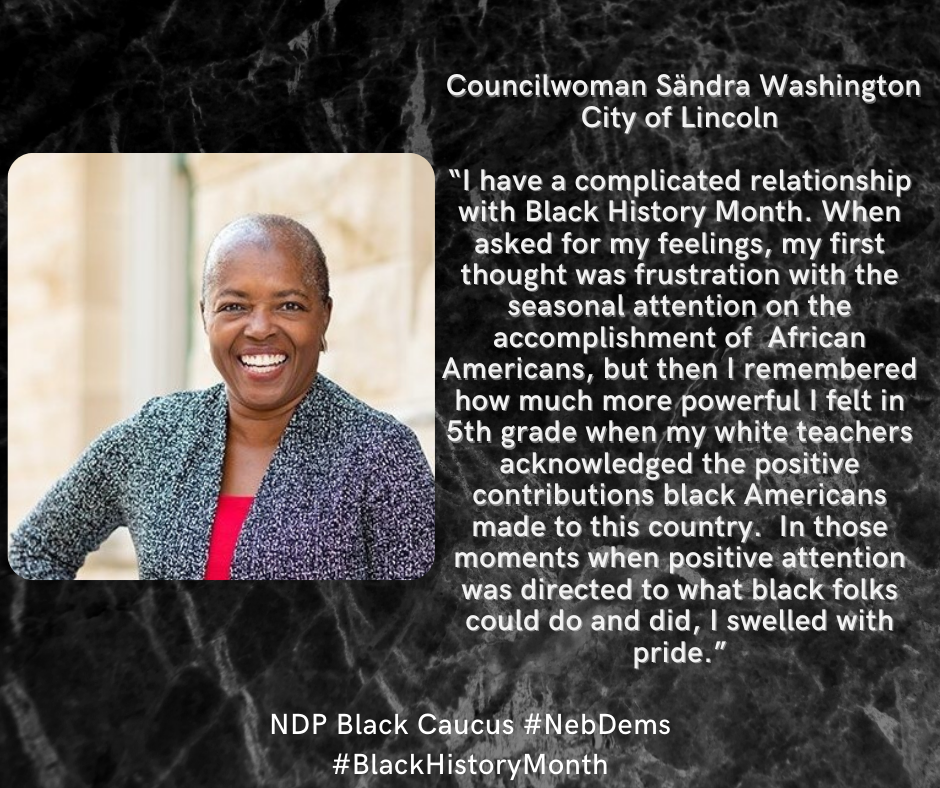 It is with great sadness that we learned of the passing of Mark Sullivan.

“Mark was a dedicated Democrat who believed in the power of our rural communities,” said NDP Chair Jane Kleeb. “He will be missed by us all, and the Nebraska Democratic Party sends our love to his family.”

“Mark Sullivan was one of the wittiest and nicest guys that you ever wanted to meet. He and his wife Karen travelled the 3rd CD campaigning for the 3rd CD Congressional Seat and for all Democratic candidates. Mark was a committed Democrat and he will be sorely missed by me & all of his other friends.” The NDP will be hosting four Donors and Grassroots Volunteer Briefings. We will focus on the success of 2020 and looking forward to 2021-2022.

We hope you will join us. Each meeting should take about 1 hour (30 minutes presentation, 30 minutes Q&A) Please share that with your contacts and members. Feb. 23: Welcome to the Party call