Let’s Drop the Big One and more — #NebDems News

Folks were understandably stunned this past week when President Trump mused about using nuclear bombs to stop hurricanes.

This alarming utterance did not escape the Washington Post’s Dana Milbank, who pondered how Trump might well deal with myriad problems by using the largest nuclear arsenal on the planet, which, frighteningly, is under his control.

“There are many ways to get more bang for the buck from our nuclear arsenal. All it takes is some out-of-the-silo thinking by the commander in chief.

“After dropping one in the eye of Hurricane Dorian, he could use another one to deforest the Amazon, thereby eliminating the threat of future forest fires. A string of nuclear explosions along the southern border would prove a more effective deterrent than a wall. Nuclear fallout would swiftly eliminate the alleged bedbug infestation at Trump’s Doral club in Florida. Nuking Greenland would likely bring down the purchase price. Back in Nebraska, Trump drew a rare rebuke from Nebraska corn producers for continuing to issue oil refinery waivers that thwart ethanol production and for a trade policy that they said has damaged agriculture.

“Many of our corn farmers have stood with Trump for a long time, but that may soon change,” said Dan Nerud, a Dorchester farmer and president of the 2,400-member Nebraska Corn Growers Association.

Said David Bruntz, a Friend farmer and chairman of the Nebraska Corn Board: “All we’re getting is lip service. At one moment, we think President Trump is on our side and then the refinery waivers come through. It’s truly a slap in the face.

“Farmers are hurting,” Bruntz said, “and it just keeps getting worse.”

Gov. Pete Ricketts had been all but asking to get sued over his slow-walking of the implementation of Medicaid expansion approved by Nebraska voters last year.

This week, the nice folks at Nebraska Appleseed obliged by slapping him with a lawsuit asking the Nebraska Supreme Court to order Ricketts to move up to Nov. 17 the date when about 94,000 low-income Nebraskans could gain Medicaid coverage.

That’s about a year earlier than slow-walking Pete wants to start offering coverage. At its summer meeting last week in San Francisco, the DNC adopted a resolution honoring the late Frank LaMere, a member of the Winnebago Nation of Nebraska and first associate chair of the Nebraska Democratic Party

DNC meeting attendees were shown shown a tribute video honoring Frank, which you can watch here.

To honor Frank, the NDP and the DNC’s Native Caucus are establishing the Frank LaMere Grassroots Fellows Program to carry Frank’s legacy forward.

You can donate to the fellowship fund here. 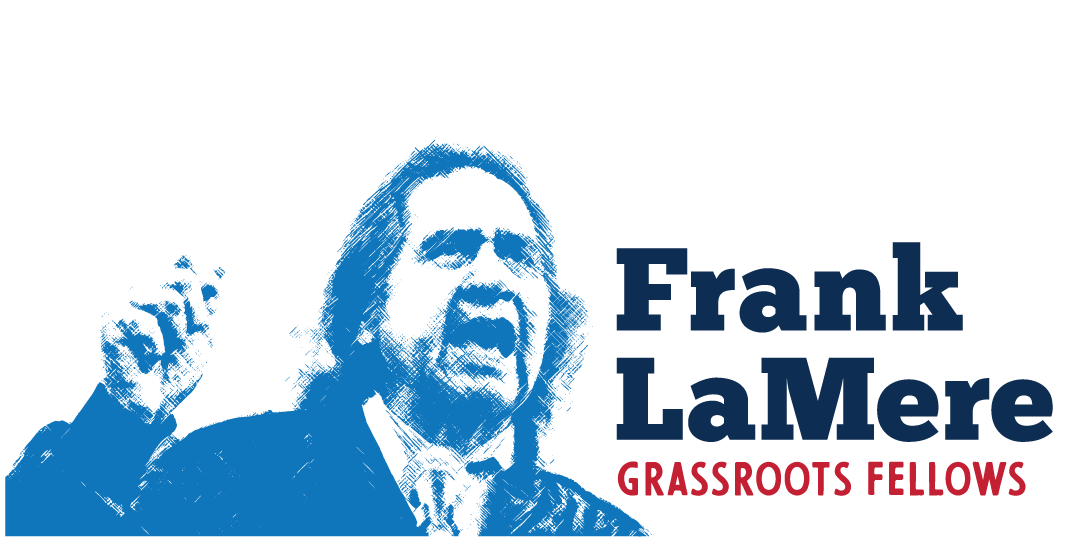 NDP staff and volunteers are manning our fair booth each day.

Stop by, say hello and pick up a copy of our Rural Bill of Rights! We leave you this week with a rendering by Nate Beeler of the Columbus Dispatch on Trump’s reckless Tweets that continue to roil world markets.