It’s no secret that since then-President Barack Obama utterly eviscerated Donald Trump (watch it here) at the 2011 White House Correspondents Dinner, the 45th POTUS has gone out of his way to undo Obama’s accomplishments or criticize seemingly everything Obama did while in office — often lying or flying loose with the facts to do so.

He kept it up this week as his administration was vilified for its feckless response to the coronavirus outbreak. Trump deflected criticism of his administration’s response onto his predecessor, complaining that a federal agency decision under Obama had made it harder to quickly enact widespread testing for the virus.

It should be noted at this point that Trump’s policies have translated into 700 vacancies at the Centers for Disease Control and Prevention.

Said Trump: “The Obama administration made a decision on testing that turned out to be very detrimental to what we’re doing, and we undid that decision a few days ago so that the testing can take place in a much more accurate and rapid fashion. That was a decision we disagreed with. I don’t think we would have made it, but for some reason it was made. But we’ve undone that decision.”

As The New York Times reported after that utterance: “It was not entirely clear what he was referring to.”

True. But that could be used every day with Trump.

242 days until the election, folks. There was a great turnout Thursday in Lincoln at the Lancaster County Democratic Party’s forum for the Democratic U.S. Senate candidates in Nebraska.

Kudos to LCDP Chair Janet Chung and Jessica McClure for putting the event together. 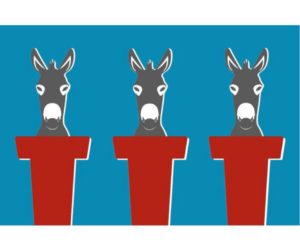 It’s been a long process, and there is more to go. Our primary is on May 12.

Chair Kleeb posted a message on social media we wanted to share here also because we know it is long past time for a woman to be in the White House and in other positions in our party.

America is not ready yet.

We’ve heard it all. We say keep fighting, keep putting cracks in the ceiling. I’m angry we still have to fight for space. Elect more women to office and party leadership.” 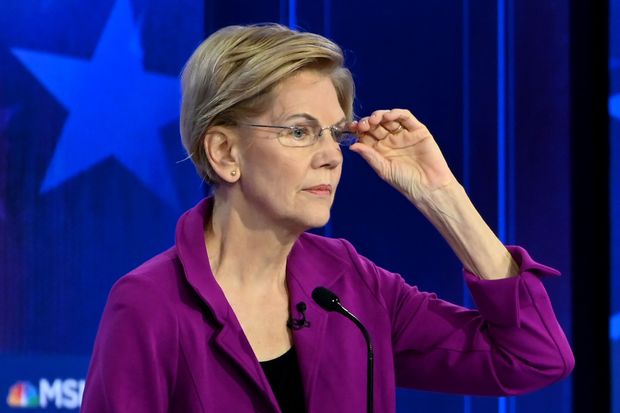 NDP Chair Jane Kleeb and staff hosted two groups of international visitors this week who are in the United States to learn about our electoral process.

The visits were facilitated by the Lincoln Council for International Visitors.

Sad news this week on the passing of Native American journalist and activist Chuck Trimble in Omaha.

Trimble, an Oglala Lakota, was born on the Pine Ridge Reservation and attended the then-Holy Rosary Mission boarding school. He graduated from the University of South Dakota, served in the U.S. Army and later studied journalism at the University of Colorado.

Trimble founded the American Indian Press Association in the 1970s, citing a lack of coverage of Native American issues. It operated a news service for tribal newspapers across the U.S. That includes March 7 in Elkhorn and March 16 in North Platte.

This year’s theme is The Art of Legislating. Get your tickets and tables here.

Be sure to book your room and buy meal tickets for the State Central Committee meeting March 20-21 in Fremont!

The Working Families Caucus will be featured and will host an event Friday evening with labor leader Sara Nelson, who is the International President of the Association of Flight Attendants-CWA, AFL-CIO.

President Nelson first became a union member in 1996 after being hired as a flight attendant at United Airlines, and today she represents 50,000 flight attendants at 20 airlines. We leave you this week with a rendering by Mike Luckovich, on the aforementioned inept response to the coronavirus by the Trump administration.