Esquire scribe Charles Pierce chimed in on the nonsense:

Let’s face facts. Any president, even this president*, can pardon anyone he damn well pleases, and he doesn’t have to tell us the reasons why. (Yes, if he sells them, he can be impeached for it, but hey, really now…) So, when El Caudillo del Mar-a-Lago starts handing them out like gumdrops … especially when you get a flurry in the middle of a president’s first term, and just as a re-election campaign is heating up, cui bono? is really the only question worth asking.

Rod (“Fckin’ Golden”) Blagojevich, former governor of Illinois, who got sent up for trying to sell Barack Obama’s old Senate seat for top dollar. I don’t think Blago does Trump any good politically, especially not in Illinois, where everybody, including all the crooked pols, hates him. In truth, Blago probably was hit too hard for what he was charged with, but the important thing to the president* about this pardon was, I believe, that it was another creative way of saying, “Feck off” to his predecessor.

Meanwhile, Trump is dropping hints that so-called Dirty Trickster Roger Stone — sentenced to more than three years in prison this week for obstructing a congressional inquiry in a bid to protect President Trump — might also get a pardon.

What the heck, let’s make it an even dozen. The NDP is giving away a pair of tickets to one of our faithful monthly donors to Second City’s “She the People” show on Feb. 29 at the Lied Center for Performing Arts in Lincoln!

The drawing will be Feb. 25. Sign up to become a monthly donor and be entered in the drawing! This year’s theme is The Art of Legislating

Get your tickets and tables here. That includes March 5 in Columbus and March 7 in Elkhorn NDP Chair Jane Kleeb will be on MSNBC with Ali Velshi (Saturday) and Joy Reid (Sunday) to discuss the 2020 Democratic Presidential race. 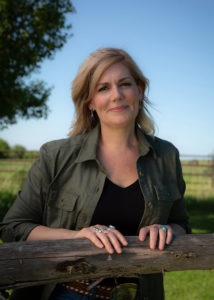 Be sure to book your room and buy meal tickets for the State Central Committee meeting March 20-22 in Fremont!

The Working Families Caucus will be featured. We leave you this week with a rendering by Mike Luckovich on Trump’s interference with the judicial system,