Let’s rent a dumpster and get to work.

The New Yorker’s Andy Borowitz stopped this week to muse about the “decluttering” movement sweeping the country, where millions of Americans have ascended to a higher plane of fulfillment by tidying up their homes

By talking to our possessions, one by one, and asking if they spark joy, we have achieved a kind of contentment we never dreamed possible.

Now it’s time to tidy up a residence that belongs to all of us: the White House.

At first, this seems like a daunting task. After all, the White House has a hundred and thirty-two rooms. There is much culling to be done.

But there’s no reason to despair. Many useless things have already been hauled away. Reince Priebus, John Kelly, Steve Bannon, Kirstjen Nielsen, Michael Flynn, John Bolton, Sean Spicer, Hope Hicks, Sarah Huckabee Sanders — none of them sparked joy. And now they are all gone. And Anthony Scaramucci, who sparked joy as briefly as those paisley pants you immediately regretted buying at H&M — he is gone, too.

Clearly, though, more culling remains to be done.

We must look at Donald Trump and ask ourselves, “Does this spark joy?” And, although the answer to that question might be somewhat different in Russia, North Korea, and Turkey, the answer here is a resounding no.

A raucous crowd turned out Thursday night for the official Kate Bolz for Congress kickoff in Lincoln.

Bolz told supporters: “I’m in this to WIN!” and chided Rep. Jeff Fortenberry for failing to interact with CD1 voters, calling him “The Invisible man.” 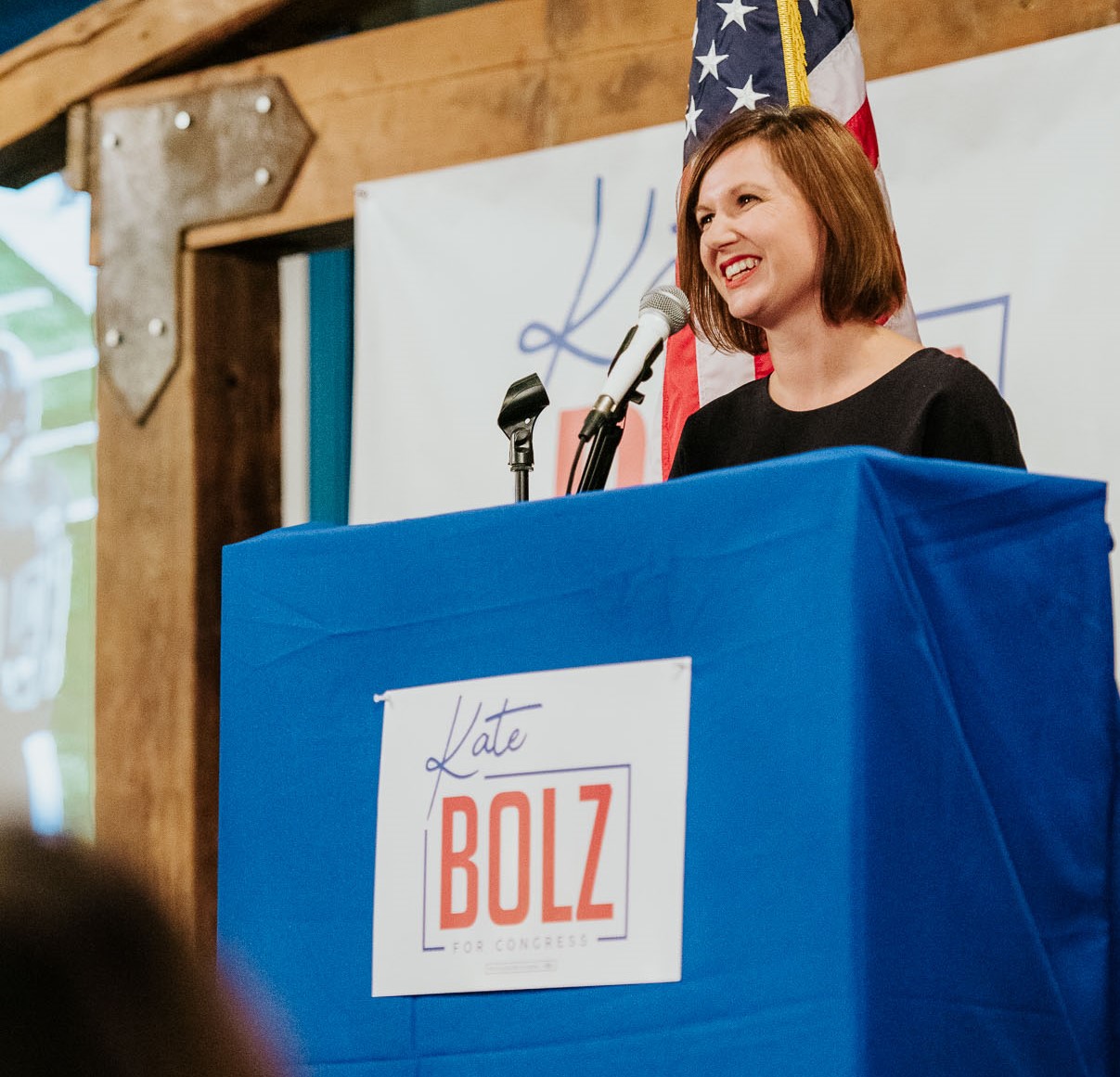 A lifelong Democrat, Barrett had many friends who were staunch Republicans, former Nebraska Gov. and U.S. Sen. Ben Nelson told the Omaha World-Herald.

Former U.S. Sen. Bob Kerrey said seeing Barrett “was like running into your brother.” Kerrey, also a former Nebraska governor, relied on Barrett to tell him the mood back home when Kerrey was serving in Washington, D.C.

“I turned to him a lot when I was 1,500 miles away,” Kerrey said. “He was very reliable and very direct. He was respectful, but he was direct and he would tell me when I was doing something stupid. I appreciated that.” There are still a limited number of tickets available to hear Speaker Nancy Pelosil address the Morrison Exon Fundraiser on Oct. 26 in Omaha.

As you know, the event was sold out, but we are now offering an additional level of tickets at $75.

The holders of the $75 tickets will get to enjoy the full program and supper in an additional room where the event will be professionally streamed. They also get to participate in the general reception, with two photo walls to get pictures taken with friends.

At the end of the program, Speaker Pelosi will come into the second room to greet supporters. You can also get tickets to hear Stacey Abrams, who will headline a fundraiser Dec. 16 in Omaha for Girls Inc., an organization dedicated to educational, cultural and recreational opportunities for girls in the Omaha area. Abrams is a former tax lawyer who served in the Georgia House from 2011 to 2017, and the Democrat is the former Georgia House minority leader. Found the below gem floating around on the internet this week. A good reminder of why we fight the fight. NDP Chair Jane Kleeb will be honored Oct. 25 by independentvoting.org with an Anti-Corruption Award for a body of political activism, including her work on behalf of Independent voters.

“Under Jane’s leadership, the Nebraska Democratic Party has been a democracy leader, ending their presidential caucus system and allowing independents to cast ballots in the 2020 presidential primaries, where their votes will help determine the nominee.”

We leave you this week with a rendering from Mike Luckovich on Trump’s announcement that he has scheduled next year’s G7 summit at his Doral, Fla., resort — a brazen flouting of the Constitution’s emoluments clause, which was meant to keep a sitting president from financially benefiting from holding office.