NOTE: We are working on creating the Frank LaMere Organizing Fellows program where you can honor Frank’s legacy with donations to support grassroots work especially on our rural towns. More info will be posted soon.

We created this tribute video to honor Frank LaMere. Thank you to Jason Shald who worked on the video.

Frank LaMere, a member of the Winnebago Nation of Nebraska and first associate chair of the Nebraska Democratic Party, left this earth Sunday, June 16 after a brief fight with cancer, leaving a legacy of leadership on myriad social justice issues.

On Wednesday, hundreds gathered as we said farewell to our dear friend, mentor and  brother.

In May,  LaMere was awarded an honorary doctor of laws degree by Nebraska Wesleyan University for his legacy of championing social justice.

Said NDP Chair Jane Kleeb: “Dr. Frank LaMere would often tell me, ‘We do our best for the most people’ and would immediately follow up with ideas for actions in the streets and in the halls of government. Frank was the heart of our Democratic Party and many grassroots fights across our country and nation.

“We lost a hero today who had unfinished business that we must now complete,” Kleeb said.

LaMere’s son, Manape, posted the following on Indianz.com: “Our father Frank LaMere crossed over to the other side of this river of Life. We’ll make preparations for his journey in the coming days. Pinagigi to everyone that’s supported my father’s battle.”

“Frank worked to give a voice to the voiceless,” Maisch said. “His work to elevate the discussion on issues such as Whiteclay, Native child welfare and the environment will carry on through all of us.”

Statement from Ken Martin, chairman of the Minnesota Democratic-Farmer-Labor Party and president of the Association of State Democratic Committees:

“The Blackfoot warrior, Crowfoot, said ‘What is life?  It is the flash of a firefly in the night.  It is the breath of a buffalo in the wintertime.  It is the little shadow which runs across the grass itself in the sunset.

We are each given a brief moment on this earth to make a difference and Dr. Frank LaMere took full advantage of that.  Frank was one of those people who said very little but when he did his words – soft, eloquent, and powerful – carried a profound meaning and made a lasting impact within our Party.  His leadership as the longest serving Native American member of the Democratic National Committee lifted up the voices of native people within the Democratic Party.

A mentor of mine once said that you should never separate the life you live from the words you speak, Dr. Frank LaMere lived his values each and every day and stood up and fought against injustice, for the rights of people everywhere, and for our land and water. He made a difference in the short 69 years he had on this planet and just like that flash of a firefly, his life was brief but brilliant.  My prayers for peace are with his wife, Cynthia and his four children, Jennifer, Hazen, Manape Hocinci-ga and Lexie Wakan,” Martin said.

“Frank LeMere was a great man who did great things for all of us in Indian Country. The DNC’s Native American Caucus was built on the strong foundation that he established. Frank was a true political activist with a deep love and commitment for helping all of Indian Country.

On behalf of all of Indian Country I want to thank Frank for his years of fighting for all of us on frontlines.  I send my love and prayers to his family and the Winnebago Tribe in this difficult time.”

Sen. Elizabeth Warren tweeted: “Deeply saddened by the loss of my friend Frank LaMere. Frank was a longtime DNC member and Winnebago Tribe activist, and I’m going to miss him.” 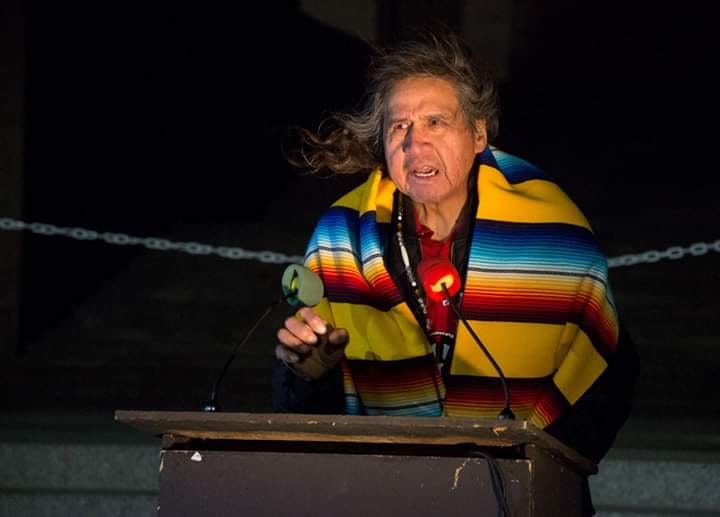 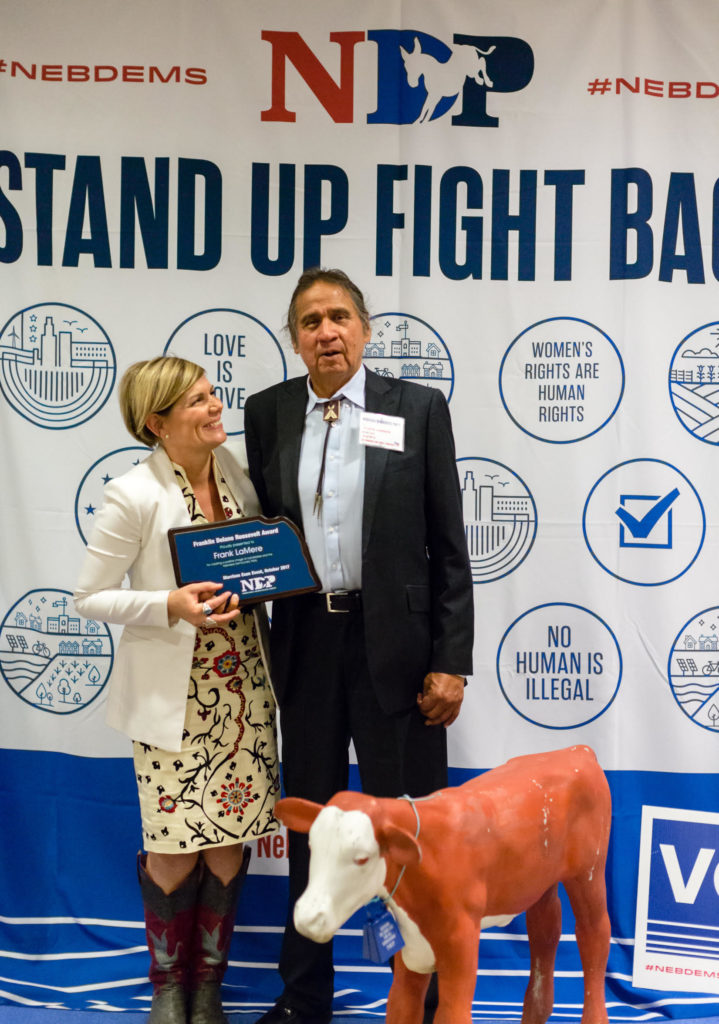