It was Marine Col. Nathan R. Jessup (played by Jack Nicholson) who uttered the now-famous line in the 1992 movie, “A Few Good Men.”

“You can’t HANDLE the truth!” Jessup raged at the defense lawyer during a court-martial trial of two U.S. Marines.

If you watched Attorney General William Barr testify this week before the Senate Judiciary Committee, it added to the burgeoning legacy that Trump and his administration seem incapable of telling the truth.

In fact, CNN reported this week this week that President Trump uttered more than 10,000 false or misleading things in his first 827 days in office, according to The Washington Post Fact Checker.

And that, sadly, is the truth.

But now for some good numbers:

An ABC News-Washington Post poll found that 55 percent of respondents said they will not vote for Trump when he seeks re-election next year, with only 39 percent approving of his work since taking office.

The NDP is issuing a Call to Action for all Democrats to participate in the Big Blue Canvass on Saturday, May 4 from 11 a.m. to 4 p.m. CT at the Lancaster County Democratic Party office, 3701 O Street, Lincoln.

You can attend the 11 a.m. to 1 p.m. shift or the 2 p.m. to 4 p.m. shift. Food will be served for both shifts at 1 p.m. We train you before you head out to knock on doors or phone bank. If you can only drop in for an hour, that is great too! We will have postcards for you to write to voters.

Our goal is to have 100 Democrats turn out for our Big Blue Canvass, so sign up today to let us know you will join us.

We’re counting on you!

Esquire’s Charles Pierce gave a shout out this week to NDP Chair Jane Kleeb in a piece titled: The Democratic Party Needs to Learn the Definition of “Rural.”

“But very few people have worked harder to get the Democratic Party to take rural voters and their issues seriously than has Jane Fleming Kleeb, the state Democratic chairman in Nebraska, and one of the mainstays of the coalition that has fought to a standstill the Keystone XL pipeline. Kleeb is finishing a book aimed at debunking rural stereotypes and developing strategies to attract rural voters by focusing on their unique issues,” Pierce wrote.

Those wanting to attend the NDP’s State Central Committee Meeting and Trainings June 28-30 in Scottsbluff are urged to book hotel rooms now, as the rates will be going up.

In case you missed it, take 8 minutes and 14 seconds and watch U.S. Sen. Kamala Harris eviscerate the aforementioned AG Barr at the Judiciary Committee hearing.

It was nothing if not masterful. 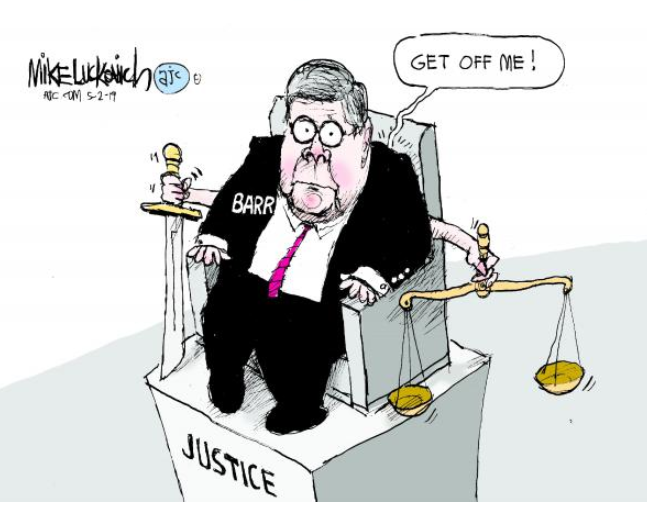