The past week has been a dizzying rot of news — most of it involving you-know-who.

Poll after poll shows the 45th president getting steamrolled by presumptive Democratic nominee Joe Biden in November for his feckless responses to the coronavirus, the Black Lives Matter movement and myriad other Dumpster fires of his own doing.

This is not surprising. At all.

And anyone who watched the wheels fall off of his campaign rally in Tulsa last weekend likely suffered muscle strain from shaking their head in disbelief.

It was, in a word, pathetic. It was like watching your neighbor’s dog get hit by a car and writhe in the street, dying.

Even venerable conservative scribe Cal Thomas wants it all to end.

President Donald Trump’s speech Saturday night in Tulsa, Oklahoma, was a toxic stream of consciousness that ignored a great opportunity to speak words of healing and unity to a divided nation.

His remarks, which lasted nearly two hours, were full of self-justifications and salted with crude language. He called one person “a son of a bitch.” Let’s hear his evangelical supporters defend that language, along with his frequent references to “hell” and helluva.”

I have heard all the explanations. It’s who he is. His policies are more important. He’s God’s chosen instrument.

… I was embarrassed for him and for his smaller-than-predicted audience, which worshipfully — but I sensed a little less enthusiastically — applauded.

This president should take a lesson from Ronald Reagan, who frequently referred to Democrats as “our friends on the other side.” He never diminished their value but instead argued why the ideas of conservatives and Republicans are better.

This is what all but the angry mob wants to hear. It’s not about him, it’s about us — we, the people, not you the president. The presidency is an honor and privilege that has been granted to only 45 men in our history. With great privilege comes great responsibility.

Just 130 days until the election, folks. The Democratic National Committee announced Wednesday that the party’s National Convention, originally planned for Milwaukee on August 17-20, would be held online due to events over the coronavirus.

“Nebraska Democrats elected a diverse team of delegates for the National Convention who will now attend the events virtually to protect everyone’s health,” said NDP Chair Jane Kleeb. “As plans get finalized, we will announce how we will participate from Nebraska including possible watch parties if public health standards allow.”

The NDP has 33 delegates to participate in the National Convention along with three Standing Committee Members and two pages. As the nation grapples with the Black Lives Matter movement, everyone should watch this presentation by ACLU Deputy Legal Director Jeffery Robinson tearing down the “heritage, not hate” Confederate monument myths.

Three $500 scholarships will go to women who are active in their communities and progressive politics, one in each Congressional District. Applications are limited to Nebraska Democratic women who are: 1). graduating from high school in 2020 and will be attending college, or 2) are currently continuing in their higher education.

Applications must be submitted by next Wednesday, July 1, 2020.

If you have questions, please email [email protected]. 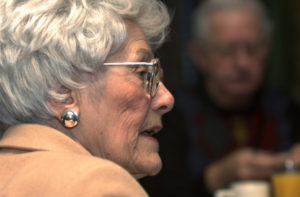 We leave you this week with a rendering by Nick Anderson on the aforementioned Trump rally. July 6: First day to request a Vote-by-Mail Ballot for the Nov. 3 election