Well, start the countdown for Attorney General William Barr to get the hook from President Trump.

You know the drill: A cabinet official, appointee or other government official publicly questions,  criticizes or bucks El Presidente, Trump says he isn’t bothered by it — and soon after, they are out.

Barr on Thursday told ABC News that Trump’s constant tweeting about Justice Department cases “make it impossible for me to do my job.”

When asked if he was prepared for the consequences of criticizing the president – his boss – Barr said “of course” because his job is to run the Justice Department and make decisions on “what I think is the right thing to do.”

Barr told ABC: “I’m not going to be bullied or influenced by anybody … whether it’s Congress, a newspaper editorial board, or the president,” Barr said. “I’m gonna do what I think is right. And you know … I cannot do my job here at the department with a constant background commentary that undercuts me.”

Later, the White House press secretary, Stephanie Grisham, said in a statement “The president has full faith and confidence in Attorney General Barr to do his job and uphold the law.” This year’s theme is The Art of Legislating.

Get your tickets and tables here. And it helps us elect Dems! 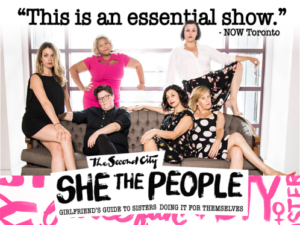 That includes one next Tuesday, Feb. 18 in Omaha! Join fellow Dems tomorrow in Omaha for a Big Blue Canvass to help Tim Royers, the candidate for the District 31 seat in the Nebraska Legislature. Remember to request your Vote-By-Mail application if you want to vote from home in the May 12 Primary Election. We have all the links to the forms, dates for voter registration and more ion our Voting Center. We leave you this week with a rendering by Chris Britt on the intervention of Barr’s Justice Department to reduce the recommended prison sentence for Roger Stone.