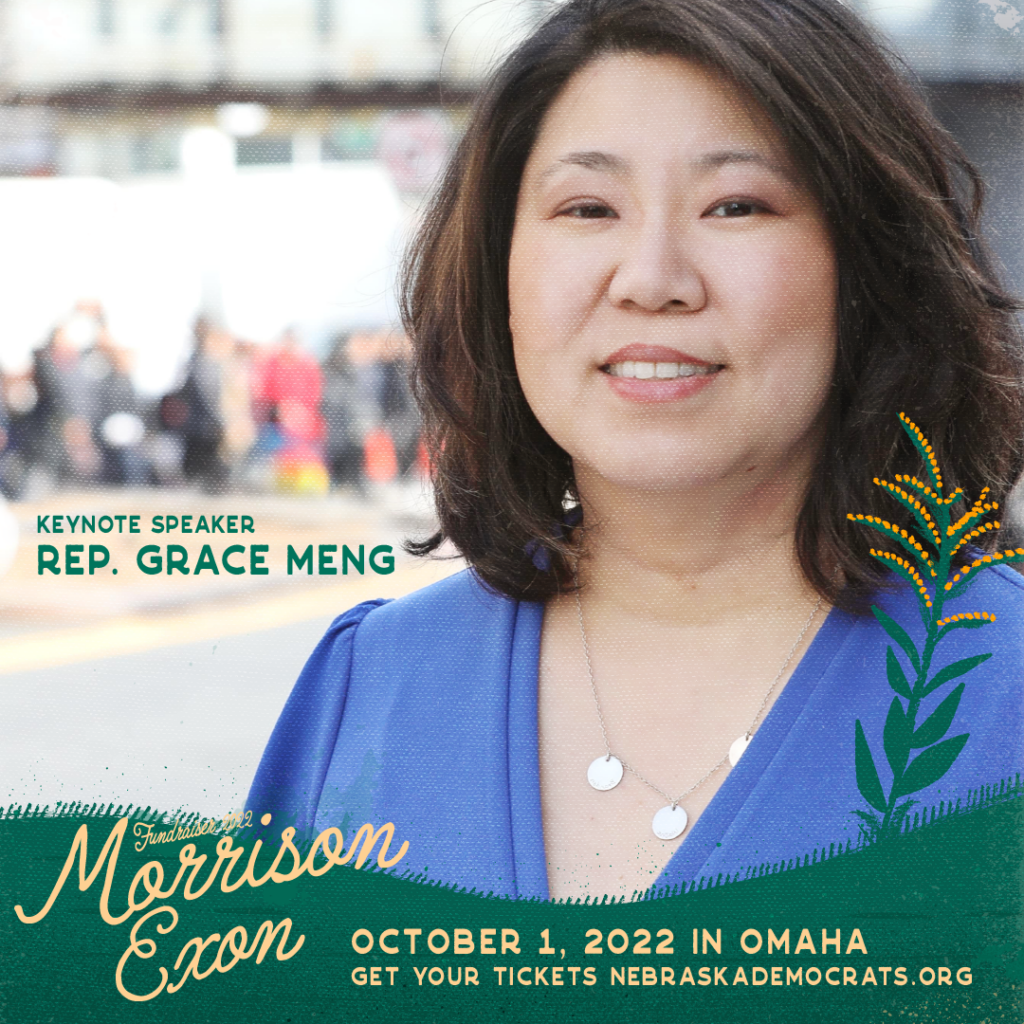 Oct. 1 in Omaha! Get tickets here!

On June 29, 2018, the State Central Committee voted to approve changing names of our annual awards to reflect Nebraska leaders. Previously, our state party honored national Democratic leaders with awards named after them, however Chair Jane Kleeb and the leadership team believed it was critical we honor Nebraska leaders in naming our awards.

Note that recipients of past awards are still listed below.

Bob Kerrey Volunteer Award
Nominees for this award should be volunteers who personify the spirit of the Nebraska Democratic Party. The award is given to an individual who is tireless in supporting the Nebraska Democratic Party, county parties and candidates’ campaigns within District 1, 2, and 3, respectively. An award is given to one volunteer per Congressional District. Bob Kerrey served our state as Governor from 1983 to 1987, as a U.S.  Senator from 1989 to 2001 and was a candidate for the Democratic presidential nomination in 1992. Kerrey served our nation on the 9/11 Commission and was awarded the Medal of Honor for his service during Vietnam as a Navy SEAL.

Ben Nelson County Party Volunteer Award
Nominees should be a County Party volunteer who has worked tirelessly to promote the activities and values of the Democratic Party in their county. Nominees should demonstrate a dedication to service, integrity, the organizing of their county party infrastructure, and support for local Democratic candidates. Senator Ben Nelson served our state as Governor from 1991 to 1999  and as U.S. Senator from 2001 to 2013. Nelson founded the CHIP program ensuring kids in our state had access to health insurance. A champion for the environment and property rights, Nelson denied a nuclear waste dump from being built in the Sandhills.

Frank LaMere Hall of Fame Award
Nominees should be a former or current elected County Party officer, State Party officer or an elected official who are dedicated to the principles of the Nebraska Democratic Party and who have contributed above and beyond the call of duty to the Nebraska Democratic Party along with local issues that impact the state and national level. This is the highest award given by the Nebraska Democratic Party. Frank LaMere was the first Native American to serve as a DNC member and he founded both the state and national Native American Caucus. LaMere was the longest serving Native American on the DNC. He was a delegate to the Democratic National Convention seven consecutive times from 1988 to 2012. LaMere also served as the NDP’s First Associate Chair. LaMere dedicated his life to social justice and helped close down illegal beer sales at Whiteclay, NE, just across the border from the Pine Ridge Indian Reservation.

Sunshine Award
Nominees should be individuals who are dedicated to improving both the Nebraska Democratic Party and their community as an ally to our Democratic values. The award is open to any ally working or volunteering in the community and do not have to be serving in a party role. This award is given in honor of Carrie Howard, sister of Senator Sara Howard and daughter of Senator Gwen Howard.

Anne Boyle Young Democrat Award
Nominees for this award should be a young person (using the age criteria of the Young Democrats which is under 35-years-old) honored for their exceptional volunteer activities and participation within the Nebraska Young Democrats organization and the State Party. Commissioner Anne Boyle was the first woman to serve on the Public Service Commission and served three, six-year terms beginning in1996. Boyle was our State Party Chair from 1998 to 2001. Boyle was committed to lifting young people up and mentoring fellow Democrats.

State Senator Courage Award: Nominees should be a current State Senator who shows conviction, support for our party’s platform and leadership on tough issues.

State Senator Courage Award: Senator Machaela Cavanaugh for standing up for working moms and our Democratic values as an exceptional leader among senators.

Carrie Howard Sunshine Award: Meg Mikolajczyk for being an advocate for women and improving both the larger Nebraska community while showing respect for those who need an extra hand.

Anne Boyle Young Democrat Award: Ben Cass for showing exceptional volunteer activities and commitment to our Democratic values as a young leader within the state party.

Bob Kerrey CD1 Volunteer Award: Chris McCoy for personifying the spirit and values of the Democratic Party as an exceptional volunteer in the First Congressional District.

Bob Kerrey CD2 Volunteer Award: Dulce Sherman for personifying the spirit and values of the Democratic Party as an exceptional volunteer in the Second Congressional District.

Bob Kerrey CD3 Volunteer Award: Marci Docekal for personifying the spirit and values of the Democratic Party as an exceptional volunteer in the Third Congressional District.

Ben Nelson County Party Award: Terry Sigler for leading the way at the local level where it matters most and for contributing leadership to the state and Lincoln County Party.

Anne Boyle Young Democrat Award: Ben Cass for showing exceptional volunteer activities and commitment to our Democratic values as a young leader within the state party.

State Party Chair Kleeb Award: State AFL-CIO President Sue Martin for serving as a key union leader who lifts up the voices of working people and is an ally to the entire Democratic Party.

Frank LaMere Hall of Fame Award: Preston Love for his lifetime of achievements and commitment to voters, candidates, elected officials, and the state party while exemplifying the word service.