Nebraska to receive $225 million for bridges under the bipartisan Infrastructure Law. 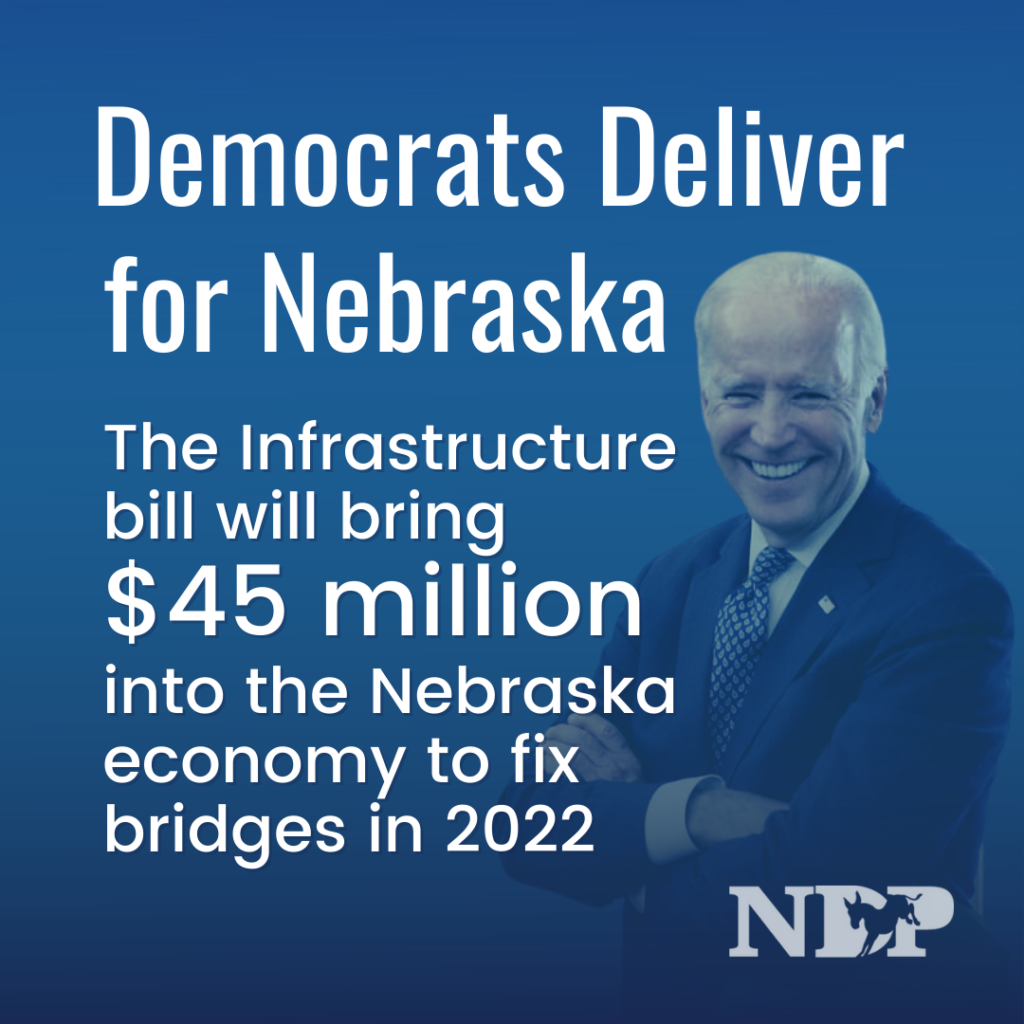 The Federal Highway Administration today launched the largest bridge formula program in American history, made possible by the passage of the Bipartisan Infrastructure Law.

The program represents the largest investment ever made in fixing bridges – dedicating $26.5 billion to states, the District of Columbia and Puerto Rico over the five years of the law and $825 million for Tribal transportation facilities.

The total amount that will be available to states, D.C. and Puerto Rico in Fiscal Year 2022 is $5.3 billion along with $165 million for tribes.

Since 2011, commute times have increased by 6.6% in Nebraska, and on average, each driver pays $461 per year in costs due to driving on roads in need of repair.

The Bipartisan Infrastructure Law is the single largest dedicated bridge investment since the construction of the interstate highway system.

Nebraska can also compete for the $12.5 billion Bridge Investment Program for economically significant bridges and $15 billion of national funding in the law dedicated to megaprojects that will deliver substantial economic benefits to communities.

States may also apply federal aid dollars towards climate resilience and safety projects. Improve the safety of our transportation system.

“The Biden-Harris Administration is thrilled to launch this program to fix thousands of bridges across the country – the largest investment of its kind in U.S. history,” said U.S. Transportation Secretary Pete Buttigieg. “Modernizing America’s bridges will help improve safety, support economic growth and make people’s lives better in every part of the country – in rural, suburban, city, and tribal communities.

Said  Deputy Federal Highway Administrator Stephanie Pollack: “This record amount of funding, made possible by the Bipartisan Infrastructure Law, will allow states and tribal governments to fix the bridges most in need of repair. It will also modernize them to withstand the effects of climate change and to make them safer for all users, including cyclists and pedestrians.

“Every state has bridges in poor condition and in need of repair, including bridges with weight restrictions that may force lengthy detours for travelers, school buses, first responders or trucks carrying freight.”